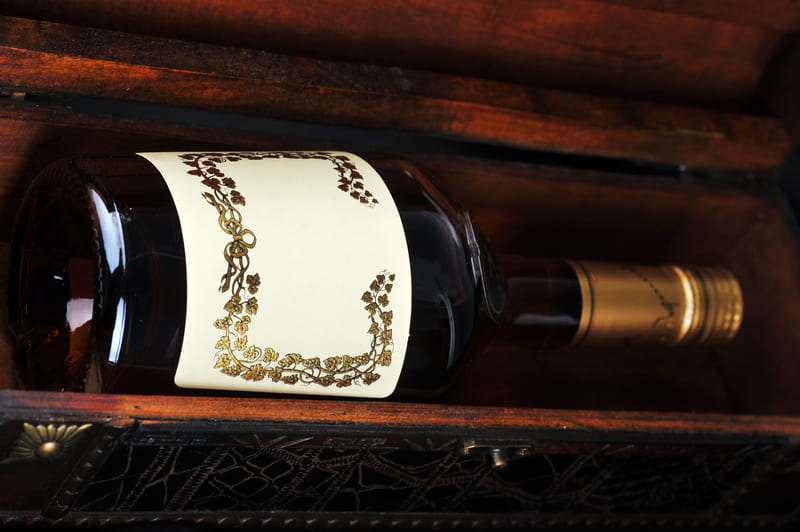 Coming from the one of the biggest cognac houses, Hennessy has become a synonym for the absolute best. Whether you ask for the best Cognac or you ask for a glass of Hennessy is the same.

Starting as a family business still owned by the original founding family and having a centuries-long tradition, the brand has perfected the craftsmanship of making Cognac and still continues to upgrade it.

Hennessy is a world-renowned Cognac house and one of the big four Cognac houses, standing tall next to Martell, Courvoisier, and Remi Martin. The brand produces the same name, Cognac, famous for its quality and delicious taste.

The Hennessy’s supreme status is indisputable when we’re talking about Cognac. The company has a 257-long tradition and is the largest producer of Cognac brandy. Hennessy supplies almost half of the Cognac worldwide, so wherever you go, chances are you will find it.

The brand takes at most pride in keeping its good name solely through the quality of the spirit it produces, but their sales have also been boosted by the endorsement of some of the world’s best hip-hop artists, both living and dead.

This may come as a surprise, but Hennessy is deeply rooted in the hip-hop culture and is, therefore, very famous in those circles, which are pretty wide.

The luxury status that Hennessy upholds is further fortified with its humility and availability so that even the regular Joes can experience what velvet tastes like in the form of Cognac.

Their prices range from under $50 to over $2000 per bottle, offering price variety so that it can reach the elites as well as the regulars.

Hennessy is for people with discriminating tastes, without discriminating against the people. Established by an Irishman, produced in France, and very popular in the U.S., the Hennessy cognac is a genuine world merger, connecting different nations on different continents, uniting them through their love for the impeccably luxurious spirit.

You can say that Hennessy is a living matter since it continues to evolve and keep track of time. On the one hand, the spirit is a time capsule, keeping the olden days alive, but on the other, it is a contemporary drink depicting the modern world.

In this article, I will tell you all about Hennessy, its taste, what it is made of, and what varieties the brand makes. Hennessy is a truly valuable lesson, especially if you like to be in touch with the finer things in life. So keep reading to find out more about it.

What Type Of Alcohol Is Hennessy?

Hennessy produces Cognac, which is a type of brandy produced in the Cognac region in France.

Many consider brandy and Cognac to be different spirits, but Cognac is basically a type of brandy, and the only difference is that brandy can be produced anywhere, and Cognac needs to come from the Cognac region.

More: How Much Is A 5th of Hennessy

The Hennessy Cognac, therefore, has all the markings the brandy spirit has, with the magic only Hennessy can give to a drink.

In essence, it is a fruity, floral, and sweet spirit made by fermenting fruits, grapes among them. It is interesting that brandy is sometimes described as “reversed wine,” which is actually how brandy-making began in the first place.

To make it safer to ship on long distances, wine was distilled to become more durable and was then reverted back to its natural state when it reached its destination.

However, the spirit that came as a result of distilling wine turned out to be just as delicious, which is how the brandy spirit came into play.

Therefore, you could say that Hennessy produces, by the book, brandy, as they use grapes in the making process.

Though brandy can be made by distilling all kinds of fruits, Hennessy makes it from white grapes from their own vineyard. The making process starts with the growing of the grapes and ends with the bottling.

Meanwhile, they diligently follow the Cognac-making steps that make Hennessy Cognac, well, Hennessy Cognac. From the double distilling to the maturing to the bottling, the Brand pays attention to every little detail in order to make the best possible product.

The maturation period takes at least 2.5 years in oak barrels, during which the spirit acquires its taste and smoothness.

During this time, a lot from the initially barreled liquid, i.e., eau de vie evaporates, so to produce one liter of spirit, they use 12 kg of grapes, which produce 9 kg of wine and ultimately 1 liter of Hennessy Cognac.

Is Hennessy A Brandy Or Whiskey?

Hennessy is a type of Cognac, which is basically a brandy made in the Cognac region in France. As such, Hennessy is an entirely French spirit, despite the fact that the brand was established by Irish the military officer and businessman Richard Hennessy.

There is, however, a popular misconception that Hennessy is a type of whiskey and not brandy which isn’t true at all. The reason for this widespread confusion is probably the deep amber color of the Hennessy spirit which resembles that of a whiskey.

However, the color is where all the similarities between brandy and whiskey stop. Even though they are both spirits and encompass the same basic steps in their respective production processes, they are two different kinds of drinks.

Whiskey is made by distilling grains, while brandy comes from distilling grapes, mainly, but other fruits as well. They both have a certain vanilla-tasting note, and if they are of good quality, both spirits are smooth and rich. Brandy is sweeter, fruitier, and gentler than whiskey.

Does Hennessy Get You Drunk?

In addition to being delicious and best enjoyed by sipping it slowly, there is another reason why Hennessy is a slow sipper. It can get you very drunk very quickly if you don’t take your time with it.

Hennessy is a strong spirit, and you shouldn’t take it lightly. An average woman would need two and half standard cognac servings to be way over the limit, while an average man would be plastered after the fourth serving in two hours.

The alcohol percentage in Hennessy is 40% which is the same as vodka and tequila, so if you haven’t had Hennessy, but you have had vodka or tequila, you can make a good estimate on how much and how long it would take for you to get drunk.

Hennessy Cognac has a typical brandy flavor, enhanced and further developed with the Hennessy double distillation and maturation process. It is expressively fruity with noticeable tones of wine and slight oakiness it acquires during the maturation process.

It starts with a floral aroma and proceeds to unravel, becoming fruity and sweet mid-palate. The finish is flavorful and fragrant, still bearing the grapy notes established in the beginning. The burn is very mild, and the aftertaste lingers on.

What Is Hennessy Made Of?

Hennessy comes from Ugni Blanc grapes- white grapes grown in Hennessy’s vineyards. The grapes are fermented and turned into wine. The wine is then distilled to become eau de vie and is then distilled for the second time before the maturation takes place.

The maturation takes at least two and half years in charred oak barrels.

Hennessy has a standard alcohol percentage of 40%. It has the same alcohol amount as vodka, tequila, and whiskey, which is legally regulated in the U.S. Hennessy Cognac is a pretty strong drink, whereby two drinks can get you woozy, and more can get you over the limit.

Not only is Hennessy good, but it is one of the best Cognacs in the world. It supplies half of the Cognac on a global scale and is known as a top-quality spirit.

Along with Courvoisier, Remy Martin, and Martell, Hennessy is among the top cognac producers in the world, also known as the “Big Four.”

What Kind Of Liquor Is Hennessy

Essentially, Hennessy is a type of brandy. They produce Cognac, which is a brandy made in the Cognac region in France.

Hennessy has several expressions. They all have their markings and specificities, but they are also easily recognizable as Hennessy.

Hennessy V.S. is the flagship of the brand. If you ever had a Hennessy, it was probably this one. It is rich, with vanilla notes and a fresh floral finish.

Hennessy V.S.O.P. Privilège was first made in 1817 at the request of King George IV. However, it has entered the regular assortment of the brand as it is incredibly delicious and of exceptional quality.

Hennessy X.O encompasses more than 100 eau-de-vie matured for about 30 years. This blend is exceptionally smooth, but it is more on the stronger side and has a noticeable spicy note at the finish. It also has tones of vanilla, chocolate, as well as wood.

Hennessy Paradis is an exclusive and limited edition of the Hennessy expressions.

Hennessy Black is available only in the United States, and it has come into existence in 2009. Its primary purpose is to mix in cocktails, as it is a harsher version than the Hennessy expression you may have gotten used to.

Hennessy ClassiVM is an experimental expression of the Hennessy assortment. It has a whole palette of flavors ranging from floral and fruity to smoky and spicy in a single sip.

Hennessy Pure White is a clear cognac that is significantly lighter colored than the other Hennessy expressions. It is considered the most innovative of the Hennessy assortment.

Hennessy X.X.O is an exquisite variety of the Hennessy cognac. It was created in the 19th century as a product of the best eau-de-vie from each new batch of Hennessy cognac, and it is a blend of many. It is still produced and sold.

Richard Hennessy is probably the rarest of the Hennessy expressions. Made in very limited quantities, if you can get ahold of it, don’t hesitate before getting it.