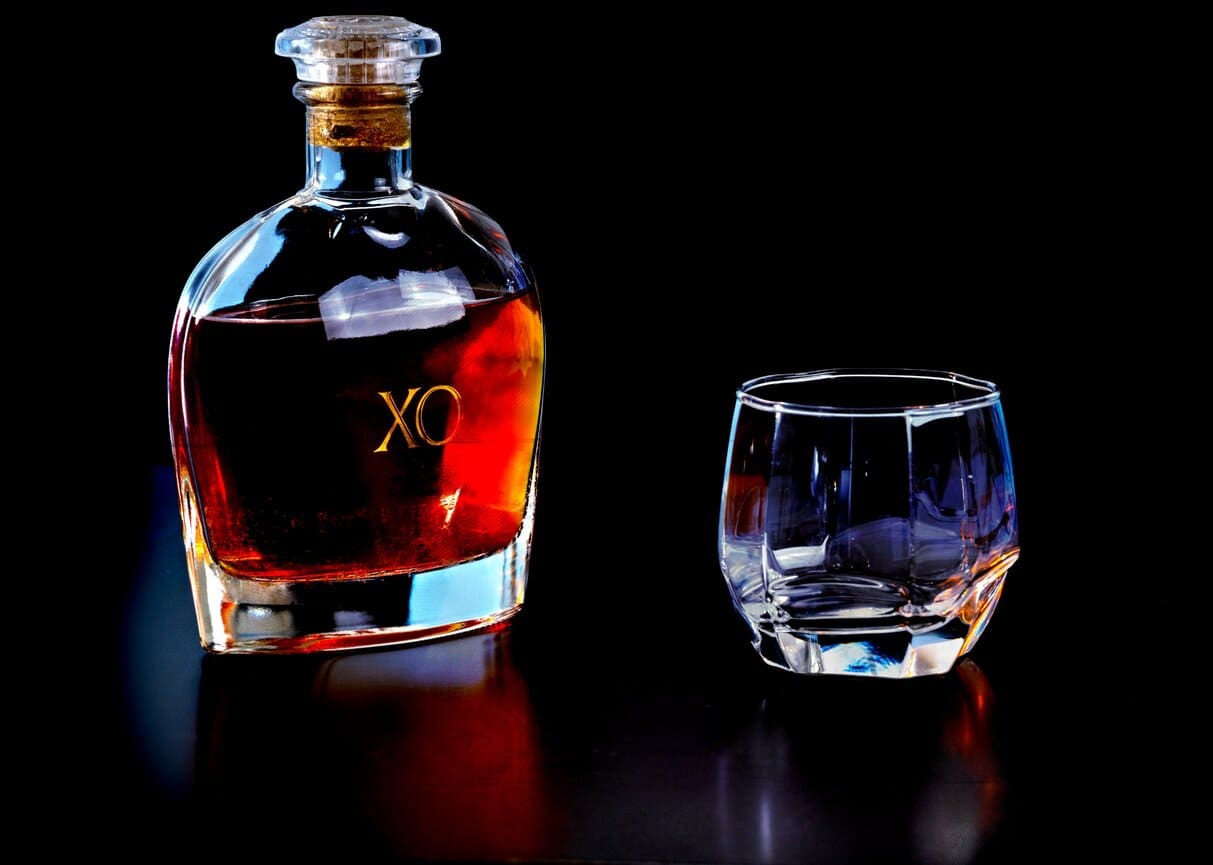 Hennessy is a very popular cognac and there is no wonder, considering the exquisite taste of this drink. It has a sweet, fruity taste as well as a classic brandy flavor that will mix well in a variety of cocktails but it will be delicious by itself too! However, it takes a connoisseur to know what a 5th of Hennessy is and the fascinating concept behind it.

A 5th of Hennessy is a bottle of Hennessy of 750 ml. This name was popular during the 19th century. Back then selling quantities bigger than a fifth of a gallon was considered wholesale and there were different regulations to be followed.

But let’s look more in-depth at how much is a 5th of Hennessy!

All you need to know about the 5th of Hennessy

A 5th of Hennessy is no different from a 5th of Whiskey or any other liquor and even wine, in terms of quantity.

Historically, the term “5th” came from measuring the fifth part of a gallon or 4/5 of a quart.

Even if today a 5th is used as a measurement for 750 ml, which is the equivalent of 25 ounces, experts in the industry of alcoholic beverages still use the 5th as a standard measurement.

Also in the 19th century, around the time the measurement “5th” came around, alcohol was sold in the United States in bottles of 950 ml, which is the equivalent of 1 US quart.

But these bottles were not filled to the top so the actual amount of liquid inside of them was less than 950 ml. So, to estimate better the actual quantity of alcohol sold, the term 5th turned out to be the most efficient option. 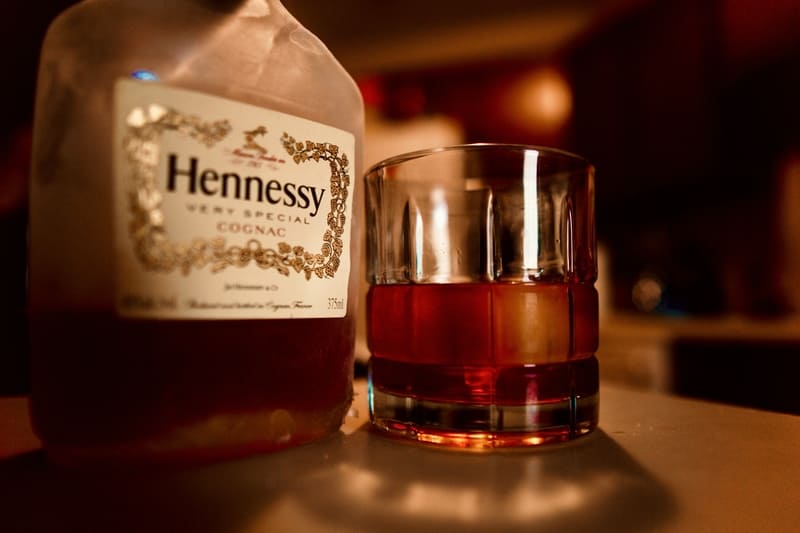 Why is the 5th measurement still used nowadays?

The 5th measurement is still used among manufacturers and even buyers, but it is not as common or impactful as it used to be back in the 19th century.

Many people who respect their alcohol beverages’ history still use the 5th measurement even though there is another measurement implemented nowadays.

Plus, the 750 ml measurement is commonly used in present days to describe the capacity of a bottle, more than the quantity of actual liquid in it which could be less than that.

How many shots are in a 5th of Henny?

If you want to know how many shots you can get from a 5th of Hennessy, the answer will depend on the size of the shot. More common than not, one shot is 1.5 ounces, and following this measurement, there are 17 shots in a 5th of Hennessy.

It is very useful to know that if you are planning a party or a get-together and you want to make sure there is enough Hennessy for all the guests.

What sizes does Hennessy come in?

You will notice that Hennessy comes most often than not in bottles of 750 ml, which is a 5th of cognac. However, there are types of Hennessy such as Hennessy VS that come in smaller sizes such as 350 ml, or bigger sizes such as 1L and even 1.75L.

Even so, these sizes tend to be rare and you might be able to find them mostly at specific liquor stores rather than at your local grocery store. In restaurants and bars, it is more common to find Hennessy bottles of 750 ml rather than other sizes.

How many ounces are in a 5th?

Ounces are another common measurement when it comes to liquids, especially for measuring smaller quantities than gallons. But how many ounces are in a 5th of Hennessy?

In a 5th of Hennessy as well as a 5th of any other liquor, there are around 25 ounces. But even if this is another way to measure such a quantity, the main alternative to the historic 5th remains the 750 ml one.

The measurement “5th” is an actual fifth of a gallon. This is also why it is translated into 750 ml, which is more commonly used in the present day. One gallon is the equivalent of 3785 ml or 3. 785L.

However, European countries were not so receptive to the 5th measurement and they adopted the 750 ml as an equivalent of it.

How much does a 5th of Hennesy cost?

The price of such a Hennesy bottle will depend greatly on the type of Hennessy you purchase.

Hennessy VS is one of the most common types of cognac and it also comes at an affordable price. VS means Very Special and it is made of more than 40% Eaux-de-vie and aged for about two years.

You can find this type of cognac in 5th bottles for $33.99 – $38.99. Even limited editions of Hennessy VS will not cost more than this price tag and the company does bring on the market a few of such editions to celebrate special events.

On the other hand, if you want to buy 750 ml of Hennessy XO, you can expect to pay around $199.99 to $229.99. You might be surprised by this increased price but knowing that this type of cognac is made of over 100 Eaux-de-vie makes it a bit justifiable.

This type of Hennessy is different also because it is left to age for about 30 years which is impressive for cognac and offers it a very refined taste. The main type of grapes used to make this Hennessy is the Ugni Blanc.

But keep on reading because the Hennessy XO is not the most expensive cognac you can get in bottles of 750 ml. The company has a wide variety of products to accommodate all pockets and even the highest expectations of its customers.

Also check: What To Mix With Hennessy

Another type of cognac with a middle-range price is Hennessy VSOP which can be found at prices between $83.99 and $85.99. This type of Hennessy is made from 60 different Eaux-de-vie and Ugni Blanc grapes carefully selected.

This cognac goes through an aging process between 4 to 15 years. You will appreciate its intense aroma and delicate flavor with every sip and considering its affordable cost, it might very well become your favorite cognac to choose from!

Hennessy Paradis is a cognac of exquisite elegance and a very rich flavor. There is also a type of Hennessy called the Hennessy Paradis Imperial, with a price of between $2399.99 and $2799.99.

This cognac is known as being the most luxurious cognac in the world not only due to its price but also thanks to its rich and elegant aroma and taste. The 100 Eaux-de-vie are matured even from the 19th century which makes this cognac extremely special.

Hennessy Pure White is another middle-range Hennessy cognac with a price of $94.99 to $139.99 for 750 ml bottles. This cognac is very pure and comes in a white version and it is made of 2 and 50 years old Eaux-de-vie.

The oldest the Eaux-de-vie is the higher the price of the cognac. You will enjoy this Hennessy if you are looking for a cognac above the average type but still at an affordable price tag.

Now that you know how much a 5th of Hennessy is, you will know exactly what to order and how to measure such a quantity according to how many guests will be there to enjoy the exquisite drink. You can also tell the history of the 5th measurement over a glass of Hennessy on the rocks.

Choosing the right type of Hennessy can also dictate the atmosphere at your reunion and even influence your mood. So, consider both the price and the quality of the cognac when you want to purchase a fifth of it, and you will not regret it!

Note that the higher the quality of cognac, the better it will taste plain or on the rocks. So, you want to adjust the Hennessy you use in cocktails and take into consideration its pure value as it comes right from the bottle.