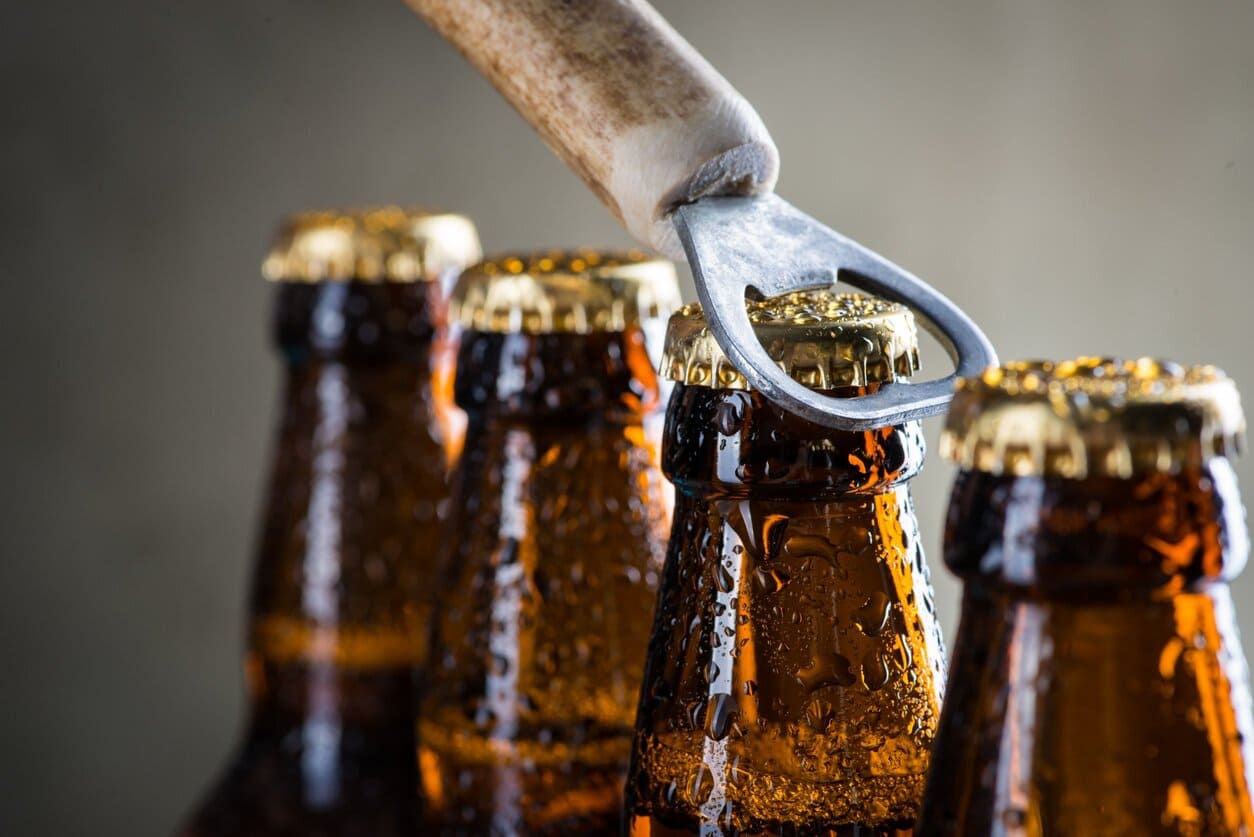 If you want to plan your drinking evening ahead of time and avoid drinking more than you are comfortable with, knowing the alcohol equivalents of different drinks can be very useful.

Knowing how many shots equal a beer will help you decide how many beers you want to enjoy for the evening to have the best time!

The short answer is that one 5% ABV beer of 12 ounces, the equivalent of 354 ml, is equal to one shot of 40% ABV. But you will find a lot more information regarding this topic in this guide so keep on reading!

Is a shot more alcohol than a beer?

A beer can equal a shot of alcohol if 1.5 ounces. But this aspect is directly dependent on the size of the beer and the type of alcohol in the shot. So, if you want this perfect balance, you will have to compare 12 ounces of beer to a shot of whiskey for instance, of 1.5 ounces and between 35% and 40% ABV.

On the other hand, you can compare a beer with a 5 ounces glass of wine if you can relate to this measurement better.

Can you get drunk from having just one beer?

The answer here depends on the type of beer you consume. You will most likely not get intoxicated from one beer of 5% ABV but you might feel the effects of alcohol for beers with higher alcoholic content such as 18% or even up to 65% such as the strongest beers in the world.

But bottom line is that all types of alcohol will have an effect on your body and they will reach your liver and mind in some way. This is why knowing your limitations is essential in order to have a good time and avoid uncomfortable situations due to the consumption of too much alcohol. 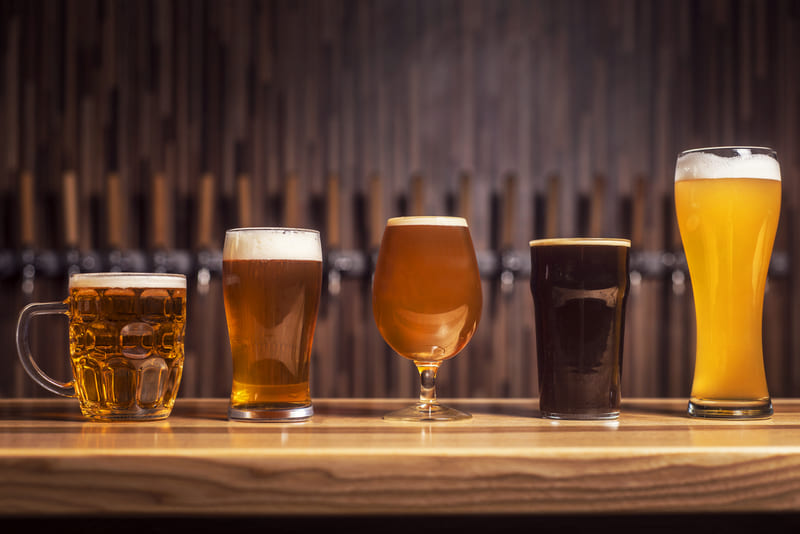 How many shots are in the strongest beer in the world?

To understand how beers are different, it is important to look at the upper extreme which is the strongest beer in the world, Snake Venom.

This notorious beer can compete with any other hard alcoholic beverage as it comes with an ABV of 67.5%. So, one bottle of Snake Venom will equal more than one shot of a distilled spirit of 40% ABV on average.

You might be surprised to find out that one bottle of Snake Venom contains the equivalent of 15 shots of liquor or spirit such as Tequila for instance. So, you will have to be a lot more cautious when it comes to this type of beer compared to the other ones.

This is why the answer to how many beers would it take to get intoxicated can be very relative. One bottle of Snake Venom can for sure get you intoxicated even if you don’t mix it with any other types of alcohol.

This is also why more often than not, such a bottle is consumed among more people rather than just one person. The average bottle of Snake Venom is about 275 ml which is around 8.4 ounces. But they can be found in bigger sizes as well.

Related: How Many Ounces in a Shot

How much alcohol gets you drunk?

The amount of alcohol that gets a person intoxicated will vary according to their tolerance to it. Someone who is used to drinking on a more regular basis, say weekly, will have a higher tolerance compared to someone who just drinks on special occasions.

The weight and body type of the consumer will also have an important say in the amount of alcohol that can lead to intoxication.

When it comes to beer, a couple of low-alcoholic beers could get one person tipsy and another one almost drunk. If we talk about high alcoholic beer, even less than a regular bottle could lead to such consequences. 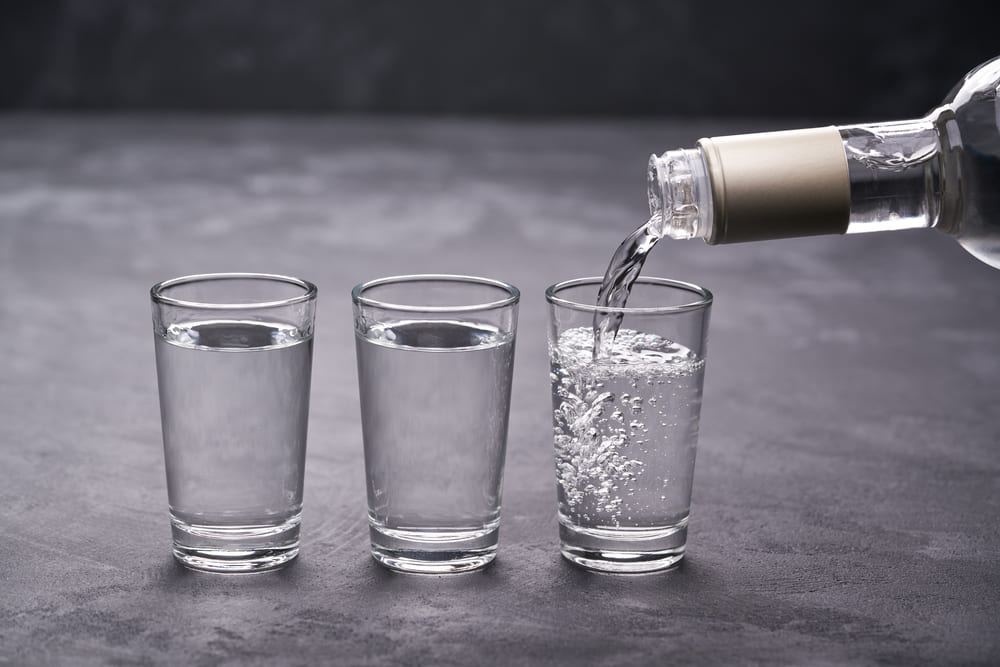 How much vodka is equal to a beer?

Similarly, you can equal a 12 ounces bottle of beer to a shot of vodka of 1.5 ounces. This equivalent is true for beers with an alcohol content between 5% and 6% as stronger beers will also have a much higher ABV too and the balance will not be the same.

Vodka comes with an ABV of 40% to 50%. Also, vodka is sold often in pint size bottles which are the equivalent of 12 ounces.

Even if 12 ounces of vodka is the same quantity as 12 ounces of beer, the alcohol content is not the same. So, you will need eight beers of 12 ounces each to equal one pint of vodka.

How many shots are in a beer?

Beers are not served in shots. The standard size of beer remains 12 ounces cans or bottles in most parts of the world. But if you would want to split your beer in shots, how many would you get?

The standard shot is 1.5 ounces which leads us to 8 shots per beer serving. But keep in mind that one shot of beer is not equal to one shot of a hard liquor in terms of alcohol content.

Only the quantity is the same and most likely one shot of beer will be equivalent to one sit of beer since this alcoholic beverage is not served in shots.

Stronger beers with an ABV above 25% could be served in smaller glasses that resemble shots though, due to their high alcoholic content. But even in this case the measurement of 1 shot is not adequate to describe one serving of beer, regardless of its ABV.

Before we take a look at the following table, it is important to understand how the alcohol splits per serving. Note that one ounce of spirit is stronger than one ounce of beer in terms of alcohol. Also, the traditional serving for a beer is a 12 ounces bottle or can.

We will consider the average beer which contains between 4% ABV and 7% ABV with the most common concentration being 5% ABV. Therefore, 12 ounces of beer multiplied by 5% ABV equals 0.6 ounces of alcohol for one serving.

You will notice that the general rule says that 12 ounces of beer equal one shot of an alcohol beverage of minimum 40% ABV regardless of the type of alcoholic beverage.

The same rule applies to vodka only that it is more easy for consumers to compare a pint of vodka with 8 beers rather than one shot of vodka, which remains equal to 12 ounces of an average beer of 5% ABV.

Now that you know how many shots equal a beer, most likely you will find it easier to plan your night out and think ahead of time about how much alcohol you want to consume.

Note that not all beers are equal and the balance between 12 ounces of beer is equivalent to one shot and is only applicable for average beers of 5% ABV.

If you are planning on consuming a stronger beer, it will equal more than one shot for the same quantity of beer serving. Ultimately, each person is different and so is their tolerance to alcohol. So, make sure you know when alcohol is too much for you to have the best time while you enjoy your favorite drinks!

Also, it is important to consider your menu during a day when you are planning to enjoy some alcohol because the effects of your alcoholic beverages will be different if you lack food compared to when you have a healthy diet.