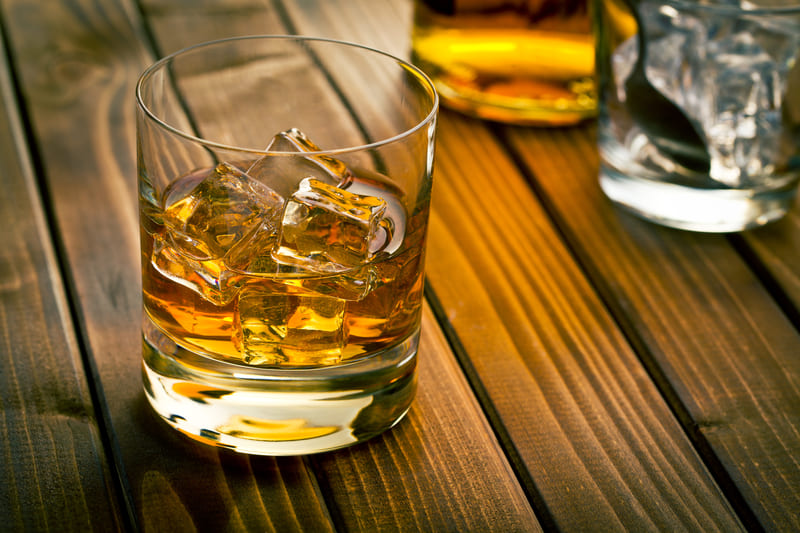 The Howler Head whiskey brand is a new brand in the whiskey market, coming into presence at the beginning of 2020 and was launched internationally in 2021.

Howler Head it is a unique whiskey brand, as it is the only whiskey at the market tasting like bananas. In the short time span of its presence, it has managed to become the best-sold whiskey.

Some ascribe it to good marketing, and some ascribe this to a good quality product. I would say that both were involved in the skyrocketing of this whiskey; however, its quality will keep this brand moving and developing further.

Howler whiskey is an excellent whiskey and can stand next to the already established and renowned whiskey brands, so it is only a matter of time before it will step into its true power, though it has skyrocketed so far too.

Howler Head whiskey has become quickly famous in the whiskey world, as the real bourbon lovers know it very well. It has been endorsed by the UFC, so many connect the ownership of the brand with the Ultimate Fight Championship.

Many would describe Howler Head whiskey as a tough nut, and justifiably so. It is a UFC whiskey, depicting the discipline in each sip. It is public knowledge that Dana White, the president of Ultimate Fight Championship, is the owner of the brand, but that is not completely true.

People assume that Dana White, UFC President, is the owner of the Howler Head whiskey brand because he promotes it on his social media. But he is only a loyal fan of this flavored whiskey, as well as keeping his end of the deal since Howler Head provides sponsorship to UFC.

Still, since he is the UFC champion, people thought that he had something to do with Howler Head ownership. However, he is among the most faithful and most significant fans of the flavored whiskey.

So who owns Howler Head whiskey?

Steve Lipp owns the Howler Head Kentucky Straight Bourbon Whiskey brand. Steve Lipp’s brother-in-law’s father was in the distillery business first, and he was the one who gave him the nudge to invest in a Scotch whisky company, being that Steve Lip is a Scot himself.

However, even though Steve Lipp is the best-known owner of the brand, he is not the sole owner. He made partners with Jason Wooler, owner of the Wooler Brands, and Campari has a 12% share of ownership in the Howler Head whiskey brand too.

He formed a partnership with the combat sports company becoming their sponsor, which made the flavored whiskey to quickly become one of the best-selling whiskey brands.

Reciprocally, the Howler Head whiskey brand gets a branded presence at all UFC fight night events, which is an excellent ongoing marketing campaign.

In this article, I will explain everything about the Howler Head whiskey brand ownership and give you a few details about the whiskey itself. If you were reluctant to give it a shot or not, here’s your chance to make your decision.

Who Made Howler Head Whiskey?

Steve Lipp is an entrepreneur who founded the brand and formed a partnership with UFC supported by the manager of Tyson Fury, Frank Warren, the well-known English promoter.

When Did Howler Head Come Out?

Howler Head was first launched in 2020, almost simultaneously with the COVID crisis. In June 2021, it was launched in Canada. In its short existence, Howler Head whiskey has become the best-sold whiskey, with a huge fan base of over 600 000 members.

Howler Head whiskey is a premium quality spirit excellent for slow sipping or mixing in a cocktail.

Howler Head whiskey is a deep amber color with a rich and exploratory flavor that includes the classic whiskey notes, i.e., vanilla, spice, and oak. It is a flavorful whiskey, very delicious and seductive, but a little tough too.

The Howler Head whiskey is banana flavored, which is one of its advertising points. During the aging, the spirit is infused with real banana flavor, so it comes out tasting sweet, buttery, and fruity.

There is wide skepticism circling regarding the banana flavor, or rather, to which extent is the banana flavor noticeable and is it really banana or some artificial flavoring tasting like bananas. The brand states that its product is made with the good stuff, which covers the flavoring too.

Namely, the base is Kentucky bourbon aged for two years in American oak barrels infused with a natural banana flavoring, so it acquires the natural fruity taste it is so famous for.

Still, Howler Head whiskey is not to be messed with. It has a dark side too. It tastes excellent, but it is still a little harsh and rough around the edges. If it doesn’t sit well with you neat, enjoy it in a cocktail to let the aggressive tones cool down and feel the taste more.

Also, it does have sugar, and a substantial amount of it, so if you are watching your weight or on a keto diet, it might not be the perfect option for you.

Since it is a bourbon whiskey, it is a bit thinner than traditional whiskey but still smooth and creamy. It is, however, buttery and very smooth, especially at the finish, leaving you with a nice lingering aftertaste.

You can enjoy Howler Head whiskey by sipping it slowly, but if it is too rough for you, you can also mix it in a cocktail. The brand recommends mixing it into a Manhattan, as the fruity string will fit perfectly into the cocktail.

Spiked coffee is another excellent idea for mixing Howler Head, as well as taking it as a shot with beer.

What Is Banana Whiskey?

Banana whiskey is a whiskey infused with bananas. The producers do this by placing bananas in a white oak barrel to infuse the whiskey for a period of time.

This infusion is essentially the bananas releasing flavor inside the whiskey. The spirit that comes out of the barrel is an original and flavorful beverage you can sip slowly or mix into a cocktail.

Yes, Howler Head is bourbon whiskey made using Kentucky bourbon as a base. It ages for two years in American oak barrels, and it is infused with bananas to get the famous banana flavoring.

Is Howler Head Good With Coke?

Howler Head is excellent with coke. The banana flavor gives the spirit a certain sweetness that mixes excellently with coke. However, coke and Howler Head is a somewhat of a specific combination, and though they fit great together, some may not like the resulting flavor.

Is Howler Head Made With Real Bananas?

Howler Head is made with real bananas. They place the bananas in the whiskey barrels and press them to release the flavor.