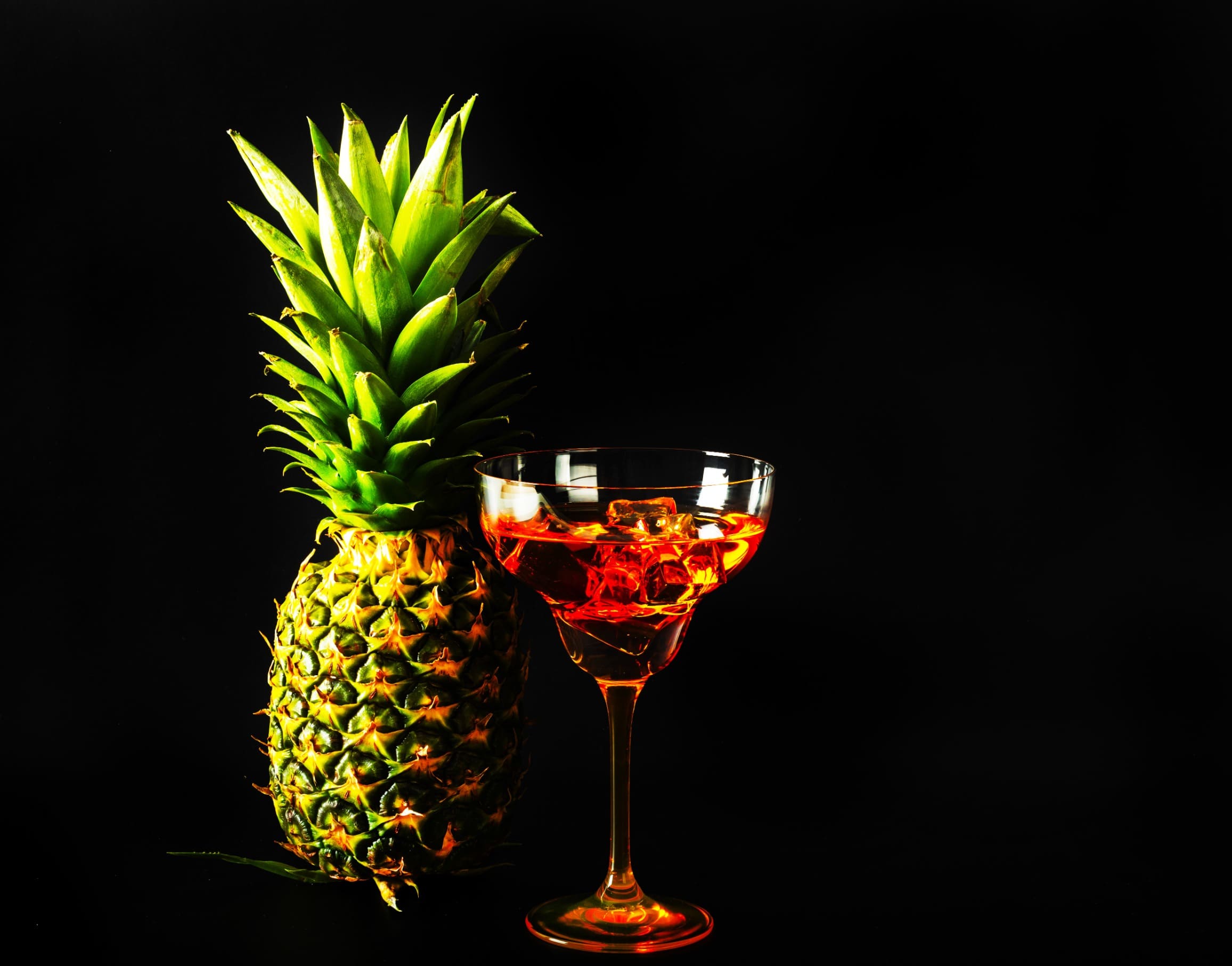 Crown Royal is one of Canada’s most appreciated whiskey brands and is very popular in other parts of the world. But there is a developed dilemma regarding the Crown Royal Pineapple edition.

People were excited to find this exquisite type of whiskey in stores, but they didn’t seem to be able to do so. So, the question about its authenticity and entire existence also persists today.

The truth is that this version of Crown Royal doesn’t exist. But let’s look more in-depth to understand where the myth of this whiskey came from and the closest alternatives to it!

Where can you buy it?

Since Crown Royal Pineapple doesn’t exist, you can buy it anywhere online. But you can still purchase Crown Royal whiskey in Canada and other countries. This whiskey can be found online and at physical liquor stores, malls, and even grocery stores.

People are interested in tasting the much-promised pineapple whiskey, though, and even if you can’t find it in the Crown Royal selection, you can still get close to it with the following alternatives.

If you want to try a pineapple-flavored whiskey, the Whiskey Smith Pineapple might be the handiest option. This whiskey is enriched with exotic pineapple flavors that combine perfectly with the elegant taste of American whiskey.

The Whiskey Smith Pineapple flavor received the Gold Medal from the John Barleycorn Awards in 2020, and its popularity grew even more. It is a great whiskey to enjoy, plain or on the rocks, with a bit of ice. If you want to incorporate it into a more complex drink, add a dash or two of your favorite bitter or mix it with soda for a lighter drink.

Among their selection of flavors, Whiskey Smith features salted caramel, peach and coconut, banana, chocolate, and pineapple and the brand promises others to come shortly.

The Deluxe Pineapple Cocktail will charm you from the first sip, and it looks very inviting too! It will take you only five minutes to put this cocktail together, and your guests will love it.

Grab your shaker and mix the pineapple juice and liqueur with Crown Royal whiskey and ice. Strain the mix into your cocktail glass and add as much ice as possible. Complete the drink with ginger beer and finish your cocktail by garnishing it with the pineapple slice.

Is there a Crown Royal pineapple?

No, the Crown Royal pineapple was never launched by Crown Royal whiskey. Many consumers tried to find this flavored whiskey and got frustrated during their search because they could not purchase it from any physical or online store.

But the day the company chose to tell this supposedly unique flavor is not the only hint that it is just a prank. Another clue that didn’tdidn’t pass by unnoticed was the poor spelling on the bottle’sbottle’s label.

Instead of spelling “Limited Edition” under the Crown Royal Pineapple label, the company wrote “Limitted Eddition.” This could be seen as a typing mistake, but a brand with the notoriety of Crown Royal wouldn’t release a new product with such a labeling mistake.

The last clue that this version of whiskey doesn’t exist in the Crown Royal’sRoyal’s selection came from the fact that it needed to be listed on their official website.

Not listing a new release on the website would make no sense, and it brought many question marks in the minds of whiskey lovers. All companies list their selection of products on their official websites, and this is even more important for the newest products.

Why do some people still think that Crown Royal pineapple exists?

If you are wondering why, despite all the proof that shows the contrary, some people think Crown Royal Pineapple is an actual product, the answer is relatively simple.

Crown Royal is famous for its diversity of flavors, from salted caramel to vanilla, peach, and others. So, a pineapple flavor sounded very realistic to the brand’s fans.

What is the newest Crown Royal flavor?

Crown Royal Whiskey is famous for its exciting flavors. And even if the pineapple flavor was, in fact, an innocent April Fools’ Day joke, they still released incredible versions of whiskey for their clients to enjoy.

The best release of 2022 from Crown Royal was the Whiskey Lemonade version. This ready-to-drink cocktail grew in popularity over the summer, but whiskey enthusiasts also love to have it during the colder months.

The cocktail combines the best citrusy flavors of lemonade with the sweet and warm taste of whiskey, giving consumers a truly exquisite experience.

Other whiskey-based cocktails from Crown Royal are Washington Apple, Whiskey&Cola, and Peach Tea Whiskey. They all enjoyed tremendous success soon after they were launched on the market.

The Whiskey Lemonade can upgrade any event as it brings a drink that everyone will enjoy. It has the perfect effervescence and balance between a tart and sweet taste that it is not easy to find a more refreshing ready-to-drink cocktail.

Pineapple juice and whiskey go great together in many types of cocktails. These two drinks complement each other beautifully and create incredible drinks without adding other ingredients.

If you don’t want to combine a complex cocktail, you can mix one shot of whiskey with pineapple juice and ice. The quantities are flexible and depend on how strong you want your final drink.

If you want to add pineapple flavor to your regular whiskey, simply do that. The amount of ice you add to your pineapple whiskey drink will also dilute it. But one thing is for sure: you can’t go wrong with these two drinks as they complete each other perfectly!

How many Crown Royal versions are there?

When it comes to different flavors and versions of whiskey, it is difficult and even impossible to compete with the selection of Crown Royal Whiskey.

They feature at least 17 products, and all of them are characterized by the best taste and ingredients, so the customers are sure to receive the quality whiskey they want in every sip! These versions are categorized in series, and they are a delight at every event!

The Crown Royal Deluxe series dates back to 1939, the original whiskey series they launched. The whiskey in this series was made for the King and Queen of England, and it is one of the smoothest types of whiskey, with notes of vanilla and oak.

If you want to try the Crown Royal Rye selection, you will find it very different from the Deluxe one. This whiskey is made of 90% rye mash and tastes best neat or on the rocks. This selection won the World Whisky of the Year in 2016 in Jim Murray’s Annual Whisky Bible.

The Royal Black version is more similar to bourbon than any other type of whiskey at Crown Royal. It is blended at a high proof of 90%, and this whiskey is matured in charred barrels made of oak, so its taste will be truly exquisite.

While this whiskey tastes very good on the rocks, you can incorporate it in different cocktails, such as Black Whiskey Sour, as it pairs great with lemon.

The last selection from the Signature series is the Royal Blender’sBlender’s Mash, first named the Bourbon Mash.

They changed the name to Blender’sBlender’s Mash since bourbon can only come from America to be considered original. This selection has vanilla and fruity notes, perfect for mixed drinks or simply on the rocks.

The second series from Crown Royal is the Royal Master, and it contains the Royal XR, Royal XO, Royal Reserve, and Royal Wine Barrel Finish.

The Royal XR is a scarce type of whiskey. The LaSalle Distillery that produced this whiskey burned in 1992, and only a few barrels were saved. This whiskey created the Royal XR selection with tasty peppery spice. It is also pricier than other types of Crown Royal whiskey.

The Crown Royal XO is famous for being aged in cognac barrels, giving it a specific taste and aroma. It is called XO as a tribute to the cognac and stands for extra old. The flavor of this whiskey is a mix of dry fruits and vanilla.

If you want to try the Royal Reserve, know that it is made in special barrels with casks that have aged for a longer time, selected by the experts at Crown Royal. The whiskey is smooth and has a mild vanilla flavor.

The Royal Wine Barrel Finish is the whiskey left to age in Cabernet Sauvignon barrels. This whiskey tastes like caramel, butterscotch, and grapes and is best used in fancy cocktails and mixed drinks. But you might very well love it on the rocks as well.

The flavor series is probably the most popular and affordable from the entire Crown Royal selection. They come as ready-to-drink cocktails and are most often available in cans.

While all these drinks are made to be enjoyed as they come, you can also get creative and add them to more complex cocktails. Each drink has the perfect balanced aroma between whiskey and the extra flavor that completes its cocktail profile.

These flavored types of whiskey will taste much better cold or with some ice cubes. Pour a can into your cocktail glass over some ice, and you have the perfect drink ready in seconds!

Plus, the brand promises new releases in the coming years so, their customers will have plenty of flavored whiskey to try out.

The Retired Whiskey selection is covered in mystery. Most of these bottles are difficult to find on the market and were discontinued. But if you can get one of them, know that they come in the best quality and are very much haunted nowadays.

There is also a whiskey version of Royal XR (Red/Waterloo), made from the last whiskey barrels from the Waterloo distillery that burned down in 1993.

This whiskey can be found, even if rare, at over $1000 per bottle. There are higher chances to find one of these bottles online rather than in stores and their number is limited so if you get one, know that it is one of the rarest types of whiskey.

As you can see, despite the joke surrounding the Crown Royal Pineapple whiskey, this brand still didn’t disappoint its customers. They launch incredible whiskey flavors often and are known for being one of the top whiskey brands worldwide.

Plus, if you want to try a pineapple whiskey, you can make your mix at home. You will not regret it and can have complete control over the ingredients, allowing you to put together a drink that is perfect for your taste.

Whiskey and pineapple juice are found in many popular cocktails as they go perfectly together!

And if you want to get closer to what you thought Crown Royal Whiskey pineapple would be, try mixing your pineapple juice with original Crown Royal whiskey. Or try the alternatives above and you will not be disappointed!