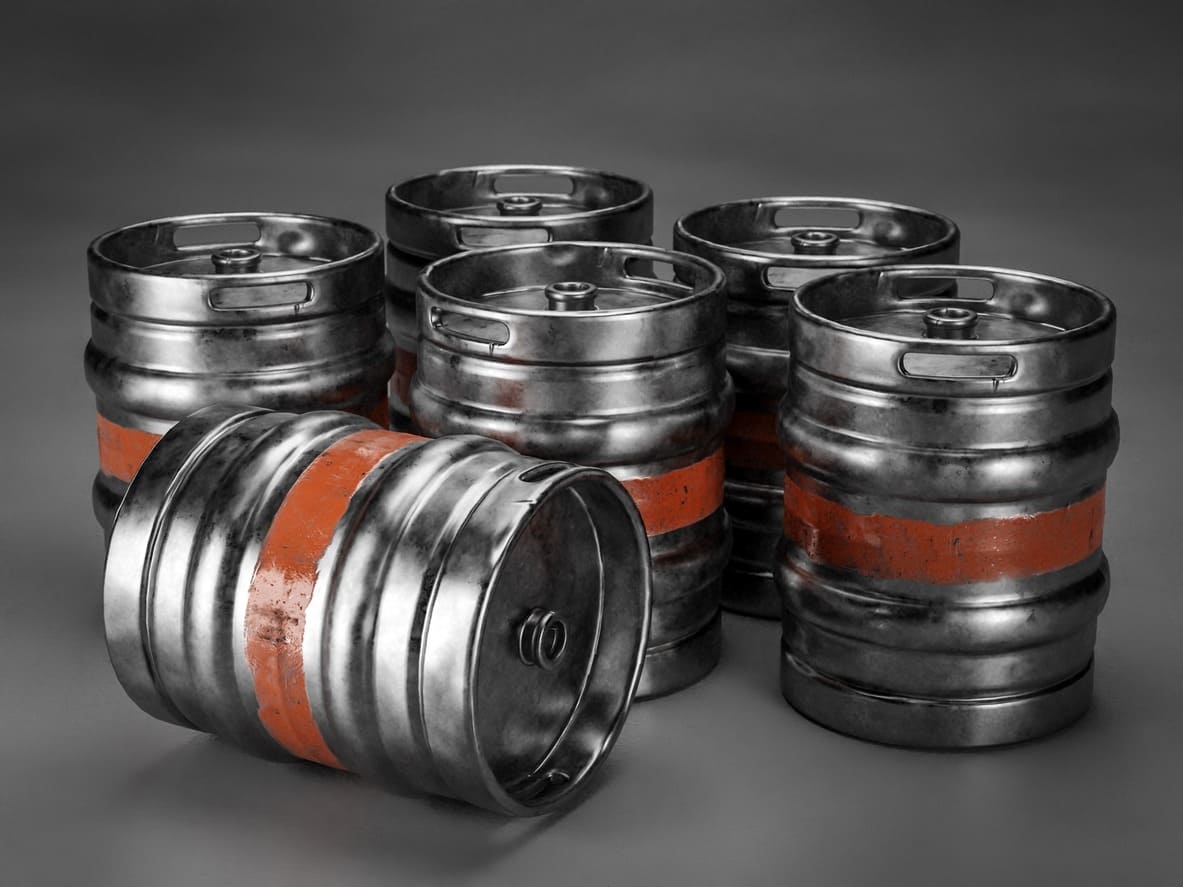 Nothing says party time like a keg of beer. Only seeing it in the store will spark your inner party monster. Whether it is for a big family gathering, a barbecue party, a birthday, or any joyous occasion, a keg of beer is a welcomed addition and often the centerpiece of the social event.

There are many types of kegs, depending on the size and type of beer, so that you can get a smaller or a larger keg, depending on your needs.

The beer kegs are often regarded as a cheaper solution over beer bottles or cans, as buying in bulk often shows to save money.

However, if you are a newbie in the beer keg department, not knowing certain things could cost you a pretty penny. Buying a beer keg doesn’t always have to be the cheaper option, and whether or not you should get one depends on what you are going to do with it.

You’ll drink it, of course, but depending on how many people you are planning to invite to your event and how many of them are beer drinkers, a beer keg might not be the best idea.

Still, since there are different keg sizes, you might consider the calculation from other angles as well, as there are additional costs when you want to introduce a beer keg to your party. 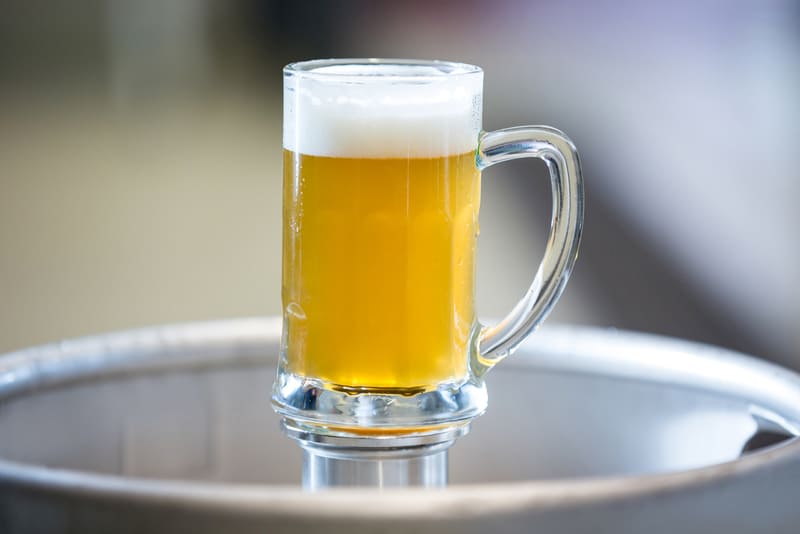 So, how much is a keg of beer?

The price of the beer keg depends mainly on the type and size of the keg. Naturally, the larger kegs are more expensive. Also, the fancier beer will set you back a little more than the more common ones.

In any case, you should consider that when you buy a beer keg, you buy the beer and not the keg, which means you rent the keg, and you need to return it afterward. The keg renting will incur additional costs for you.

Another thing you need to think about when deciding whether or not you should buy a keg of beer is the cooling method. A keg is a substantial object, and you need to have enough space to keep it cold.

Some prefer to place the keg in ice, and others find it easier to just add ice to the glasses. Still, this is something you need to have planned in advance.

The period in which you will need the beer keg is one more important factor in our decision. If you plan to use it up in a day or two, it is ok to get a keg, but if you need it for long-term storage, you know, just to have beer anytime you feel like having a glass, it is better to go with bottles or cans. Here is where renting costs play a major role.

It isn’t cost-effective at all to get a keg for a month, as you are renting the keg by the day.

Also check: How Much Beer In A Can, Bottle & Keg?

In this article, I will give you more detailed information on beer keg costs, sizes, and brands so that you can base your decision on facts and apply the best solution for you at your next gathering.

Kegs are made of stainless steel, while over the years, the material has changed from wood to aluminum to plastic. Stainless steel has shown to be the best material for kegs as the steel keeps the beer cold and it doesn’t contaminate the liquid.

There are six standard keg sizes. Each keg size can be translated in terms of people and bottles. The smallest keg size is the mini keg, which is 1.3 gallons, i.e., 5 L. The mini keg is also the rarest one, and not all beer brands have a mini keg.

The mini keg looks like a small steel barrel and is perfect for a small gathering, where a 12-pack would normally do. With the mini keg, you get about 14 pours of 12 ounces.

The easiest-to-find mini kegs are Heineken mini kegs, but you may stumble upon some Warsteiner and Bitburger, as well as some craft beers such as ell’s Oberon Ale & Hopslam.

The Cornelius keg is the next keg size. The Cornelius keg, also known as the Corny keg, was initially used to transport sodas such as Pepsi. It became popular with brewers, especially homebrewers, as the 5-gallon capacity, i.e., 18.9 L, is the standard beer batch size.

Therefore the Corny keg became the most frequently used keg size. It is also compact, easy to clean, and very simple to transport.

The Corny keg is excellent for a medium gathering, so not too many people, but not an intimate get-together either. There are about 40 12-ounce pours with the Corny keg.

The Sixth barrel size is very similar to the Cornelius keg. It fits 5.2 gallons i.e. 20 L. The Sixth barrel is very popular among beer-oriented restaurants, as well as craft beer brewers, because it is very close to the standard beer batch size, but it is slightly taller and narrower than the Corny keg, meaning it is easier to store.

Many restaurants like to offer their guests craft beer, and they find it space-saving, so you can find it easily if you are in a restaurant.

The Sixth barrel keg has about 41 16-ounce pours or about 55 cans. Therefore, this is the best size for a little more people than the Corny.

The Quarter barrel keg is known as the stubby or the pony keg size. This keg size is very similar to the standard keg you are used to seeing at parties but considerably shorter and wider, hence the “stubby” nickname.

The Half barrel keg size is the American counterpart of the European standard. Fitting a little more than it, with a capacity of 15.5 gallons (58 L), this is also a party keg size. This is also the first keg size used for beer from the get-go. 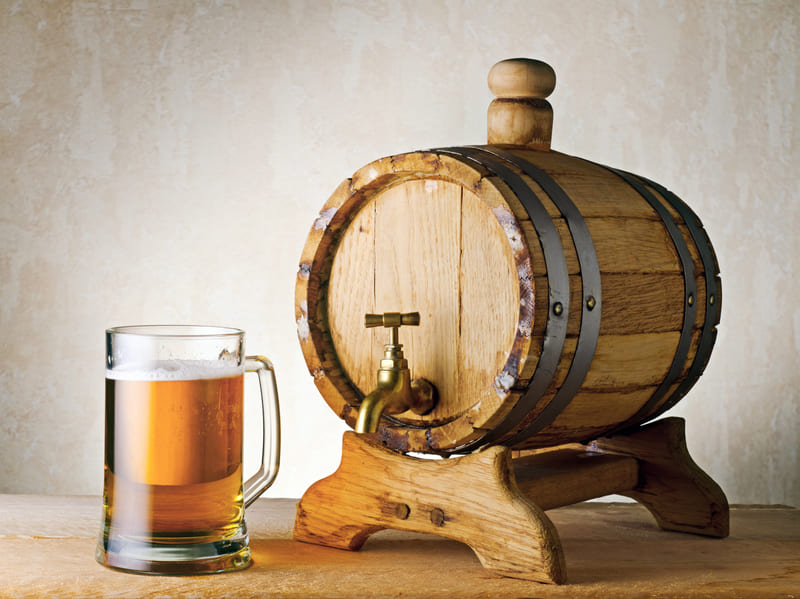 Kegs have different prices depending on the type of beer, size, and distributor, but generally, the price is from $100 to $200 per keg.

You buy only the beer, while you need to rent the keg. The keg remains the property of the brewery. Breweries find it easier and more profitable to rent the kegs instead of selling them.

The thing is, if they sell the kegs, they would have to set a higher price, risking lower sales. Moreover, by renting the kegs, they sell the beer and make an extra profit, which is not that high to change the buyer’s mind, but on a cumulative level, it is significant for the brewery.

Also, the renting price could increase if you damage the keg or if you are negligent with the keg hygiene. So, be careful when renting a keg and keep it clean.

As I mentioned, the keg price doesn’t only depend on the size but on the brand too. Below is a table with keg prices for different beer brands.

The average prices from the table below don’t include the rental price, so add from $20 to $50 to get the full keg price.

You can find virtually all beer brands in the form of a keg; it is just a matter of keg size. Most beers come in the Cornelius keg size, which is the standard beer batch size, but you can also find them in the larger keg sizes. The mini keg is the rarest size.

At a bar, a keg beer is draught beer, and you can get any brand the bar carries. Depending on where you live, the bars carry internationally known as well as locally brewed beers.

The locally brewed beers are almost always available as draught beers, while the imported beers might not be available in a keg.

You can buy kegs from liquor stores directly from the breweries as well as order them online. The best place to buy beer kegs online is Amazon.

The customer reviews regarding beer kegs are stellar. The kegs are made of stainless steel, you get a keg pamphlet to see everything about the keg and the beer, and it is delivered safely and sound to your doorstep.

You will, of course, have to pay something extra since you will be buying the keg, as it is complicated to return it, but if you want a keg of beer that isn’t available in your country, it is definitely worth the extra cost.

In addition to Amazon, you can get beer kegs from Keg Run, American Keg, the Keg Junction, Belmont Station, Thielmann, or King Keg. These are all places that that do home deliveries in the US.

Is It Cheaper to Get a Keg or Cases of Beer?

Whether it would be more cost-effective to buy a keg or cases of beer depends on one thing- the number of people that are going to drink it. The most frequently bought keg is the Cornelius keg, which is 5 gallons (almost 19 L) and it costs from $70 to $100.

To do the calculation, I will use Heineken as a reference beer, price-wise, as it is the most frequently bought keg beer. You can apply the same comparison method to the beer you are thinking of getting.

This keg will be enough for about ten people, assuming each would have a little under 2 L of beer. Another factor is the length of the party, as one keg might not be enough.

The Heineken case costs about $28. So, if you get two cases of Heineken, that would be 48 12-oz bottles, and it would cost you around $56. Also, remember that there are no rental costs when you buy a case of beer.

Therefore, you will be getting a few more beers for a lower price. Therefore, it is safe to conclude that a case of beer is the cheaper option. However, you mustn’t forget about the beer quality.

Keg beer tastes somewhat better than bottled or canned beer, so you might still want to spend the extra money to get a better product.

On the other hand, the half-barrel keg size is a more cost-effective solution. It costs about $200, and you could get 165 12-oz bottles. For the same amount of bottles, you would pay about the same price, considering that you would buy 7 cases of beer, so it comes about the same.

However, you would still need to pay the rental cost, from $20 to $50. Still, it isn’t that much of a difference, so the half-barrel keg is the best-suited choice.

In summation, the larger the keg, the lower the price. Generally speaking, a case of beer would always be cheaper than a keg, but in some cases, it is better to go with a keg for practical reasons.

If you want the beer for a longer period, buy a crate, and for a shorter period, go with a keg.

How Much Does A Keg Of Bud Light Cost?

A quarter barrel of Bud Light is about $180.

Is Keg Beer Better than Bottled?

Whether keg beer is better than bottled or not is a matter of personal preference. Some like bottled or canned beer better, and some like draught beer more. However, there is a reason why draught beer, i.e., keg beer has so many fans all over the world.

Whether bottled, canned, or draught, it is the same beer with the same strength. Draught beer does seem stronger due to the sharper taste and metallic freshness, but it isn’t stronger than its bottled or canned counterparts.