The famous Pink Whitney that went viral on TikTok in 2021 is a fresh, new variety of alcohol that was created and sold by the company New Amsterdam Vodka. The unique drink is made using vodka infused with pink lemonade to give it the lovely color that it is so appraised for.

Although the base ingredient is hard, strong vodka, Pink Whitney has a citrusy, lemonade flavor and perfectly balances sweetness with a tinge of sour. It also has a hint of natural, lemon zest and has a sweet-tart flavor with the slight burning of vodka.

Due to its unique looks, it became famous on the internet and has further been mixed in with many unique cocktail recipes. Continue reading this article to find out everything about this beautiful liquor.

What Is Pink Whitney?

Pink Whitney is a new, rose-colored, lemonade-flavored vodka produced by the company New Amsterdam Vodka. The audience it is targeted at is millennials and the brand is now hugely popular due to its new drink going viral on social media. Consumers like Pink Whitney because it is a young, entertaining, and unique vodka.

The Pink Whitney also received a silver prize from Best Tasting Spirits in the year 2019. Although it may seem like the color comes from some red fruit, there are many variants of the liquor, including lemon peel, sour candy, “tart sugar dipped whole lemon flavor” as well as “candy sweet with lemon peel, and grain vodka taste. 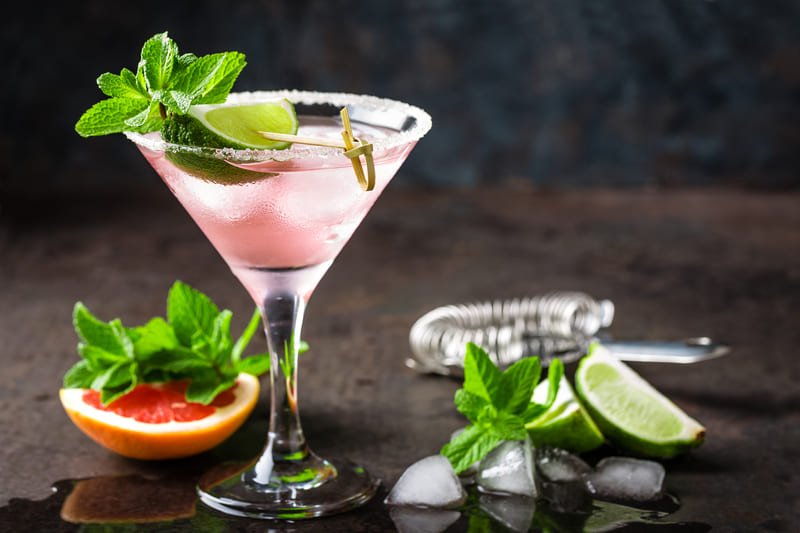 Pink Whitney overall tastes like lemon-infused vodka, though it has many variants of its own. It boasts a palate of sweet-tart citrus flavor with a slight vodka sting – somewhat like a lemon drop Martini, but with a pink color.

More specifically, Pink Whitney vodka has a flavor that can be compared to a lemon-peel beverage with a sour yellow patch – sweet and tangy with a grainy, flavor finish. This pretty, millennial drink tastes best when served with ice.

Following are the factors that give the Pink Whitney its unique, distilled, light, and tangy taste:

In essence, Pink Whitney is New Amsterdam Base vodka mixed with a pink lemonade taste. To assure the smoothness of vodka, the best grains are distilled five times before going through three rounds of filtering.

The fine grain impurities are removed by a five-stage distillation process, which also makes the vodka five times smoother than other vodkas on the market.

The finest maize is used to create Pink Whitney, which is distilled five times for unrivaled smoothness and mouthfeel.

In order to achieve the aroma of light citrus and sweet icing with a tinge of ethanol, the certified colorants and lemonade taste are blended at 60 degrees before bottling.

Pink Whitney has a special flavor that tastes a lot like vodka mixed with lemon. It has a sweet-tart flavor similar to citrus fruits with a hint of vodka – somewhat like a lemon drop martini. Hence, you can say that the drink does taste a lot like ‘alcohol’, but more so like a cocktail.

Can You Drink Straight Pink Whitney?

Yes, you can drink Pink Whitney straight without adding it to another beverage or alcohol. It is sweet enough to pass off as a cocktail and can be taken by most new drinkers as well since it will mostly taste like a sweet, lemonade cocktail.

However, if it is too sweet for you, an ounce of club soda or seltzer shall help dilute the sweetness.

How Many Shots Of Pink Whitney Does It Take To Get Drunk?

Although New Amsterdam Pink Whitney is a variant of vodka, it surprisingly has lesser alcohol content (only 30% ABV) compared to other hard drinks. When estimating an average, around six shots of Pink Whitney might be enough to get a person drunk.

You can take the rule of thumb that six shots of Pink Whitney are equivalent to four shots of any other liquor. It is definitely weaker than other alcoholic drinks, but there are many factors other than the alcohol percentage of the drink, to know how much Pink Whitney can get you drunk.

Related: Pink Whitney Alcohol Content (How Many Shots to Get Drunk?)

A person’s age and gender also greatly affect how easily one gets drunk. A smaller body frame usually means that one will most likely be lightweight. Hence, women can get drunk faster than men. The body’s composition – like the fact that females have lesser enzymes, makes it harder to metabolize the alcohol in the bloodstream.

Another factor that can get you easily drunk is age. With time, the body slows down the ability to metabolize alcohol and the older you are, the faster you will get drunk.

Pink Whitney is a light alcoholic drink and stands at 30% per 60 proof, so it will not get you drunk so easily. A shot of glass has around 1.5 ounces (45 ml), so while five shots of vodka will get you drunk easily, with Pink Whitney, you would require at least six to seven shots (270 ml).

The way you drink Pink Whitney also greatly affects how drunk you can get. If you drink a lot at a time, you will get drunk faster, so you would need to take it slow with every shot. If your Pink Whitney is mixed with some other cocktail or a lot of ice, the drink can also get diluted and the alcohol percentage will also go down.

If you drink on an empty stomach, you will also get drunk faster (even with low ABV) as compared to consuming Pink Whitney after a meal.

No matter whether you are larger or smaller, or male or female, some people just have a higher tolerance to alcohol. It is in the genes, so Pink Whitney might not affect two people the same way. Higher alcohol tolerance means the body suppresses responses to toxins, hence if you let it go, you will easily get drunk.

Body Weight Of A Person

The reason that men need to drink more to get drunk is that they are larger in size. Similarly, someone with a higher BMI and who weighs more will need more alcohol to get drunk. Leaner people usually get drunk easily and are lightweight.

You can enjoy Pink Whitney in many different ways. Being similar in taste to a mocktail, it can be consumed straight, mixed with some other beverages, or even added to cooking. Following are a few ways to serve your bottle of Pink Whitney.

Related: What To Mix With Pink Whitney

A popular way to have Pink Whitney is to serve it with ice and candy. Sounds like an odd combination for alcohol, but Smokey Bones’ company released a special cocktail using Pink Whitney by incorporating it with Starbursts on top.

It was quite popular on social media and can easily be made at home as well. The ingredients used in this blend are strawberry puree, fresh lemon juice, club soda, and coconut rum.

This is the perfect summer drink to have as it can refresh you with its citrusy power. All you need is Pink Whitney, Strawberry Malibu rum, water, fresh strawberries and lemons, and ice.

All you have to do is simply get a large pitcher and pour in all the liquid ingredients before stirring it to combine. Then, after topping it off with a lemon or a strawberry slice, serve it chilled with ice.

Pink Vodka Lemonade is a homemade cocktail that can easily be made at home. In a cocktail shaker, simply put in ice and pour Pink Whitney, cranberry juice, vodka, and lime juice before shaking them well.

Strain the mixture into a glass and then put in the ice before pouring in the soda so that the drink does not go flat. This beverage can easily be altered and instead of vodka, you can use other drinks like rum or Aperol Spritz for a fresh cocktail.

Pink Whitney can be had as it is since it’s a good drink to have straight, but mix it with other fruit juice and you have a whole new beverage. Although citrus fruits work the best, you can also use cranberry, apple, mango, guava, or just any other fruit juice that you would like to experiment with.

Serve with some ice, lemon peels, and cranberry juice and you have a Cosmopolitan. Pour in some sprigs of fresh thyme (4, to keep the balance) and lemon juice and you have yourself a Pink Whitney Thyme Lemonade. The drink is versatile and can be made into a spritz as well with Aperol and club soda.

You can also add carbonated drinks like soda to make unique cocktails with Pink Whitney. Fruit-flavored sodas work better than your average cola, as the taste will not be overpowered. You might want to serve it in a wine glass with ice and a lemon slice to top it off and make yourself a cool drink.

Compared to other alcoholic drinks, Pink Whitney might not get you drunk as fast as your average drink. Despite it being a variant of vodka, it only contains 30% alcohol and will require at least six to seven shots before you feel a buzz.

What Type Of Alcohol Is Pink Whitney?

Pink Whitney is a type of vodka that was manufactured by the company New Amsterdam Vodka. You can call it a cocktail in itself.

How Much Alcohol Is In Pink Whitney?

An average bottle of Pink Whitney (750ml) by New Amsterdam Vodka has an ABV of around 30%.

It is great to try out new things and if you are a fan of tasting fine alcohol, then Pink Whitney might be the next new beverage that you want to try. This snazzy, vogue drink goes well with the new age of modernity, freshness, and the young millennials who love it.