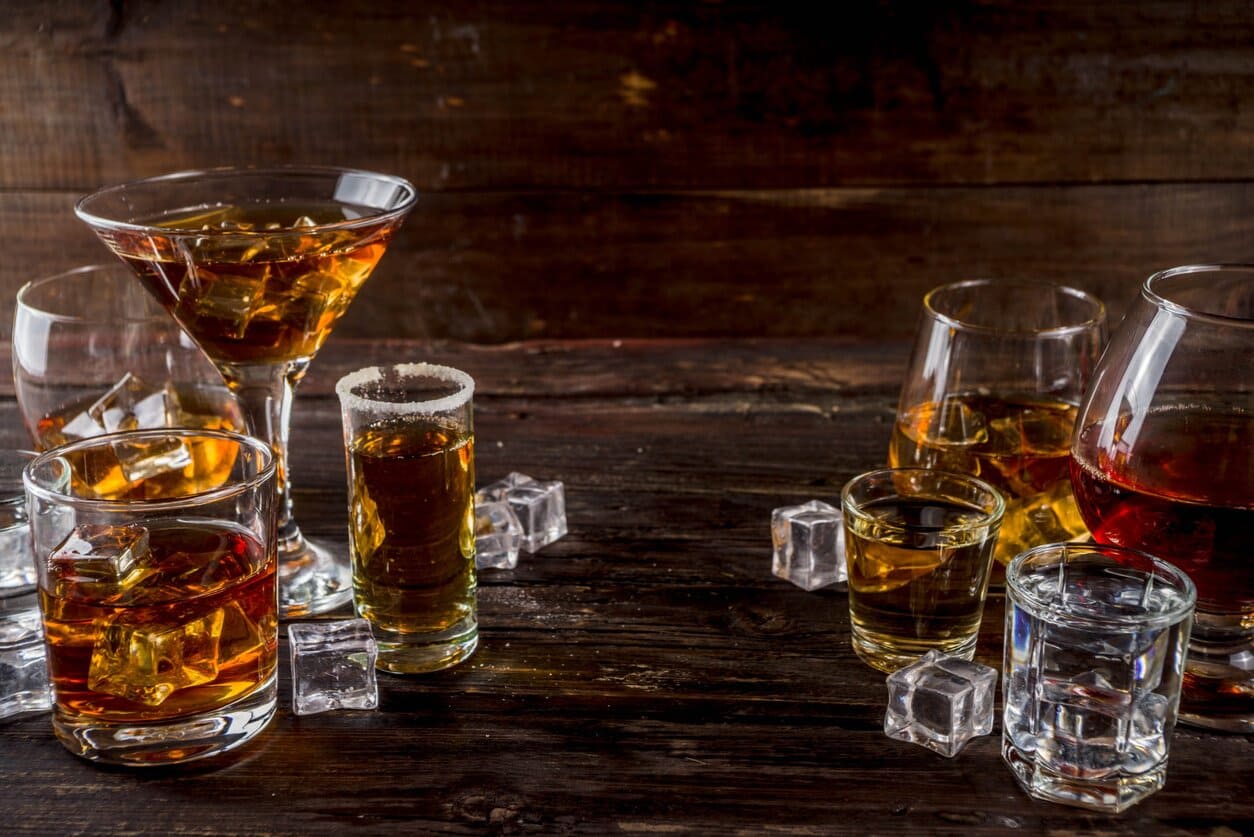 Although vodka and whiskey belong to the same category- spirits and are produced by using the same process- distillation, they are, in fact, two very different drinks. They differ in terms of their aging processes, flavors, aromas, colors, viscosities, and stings.

However, they share some features as well. Both vodka and whiskey require fermentation, distillation, and heating. They are both sharp and strong and share some of their essential ingredients, but this is where the similarities end.

So what are the differences between vodka and whiskey?

The main difference between vodka and whiskey lies in the base products. Vodka is made of sugar and starch-containing base ingredients, such as potatoes and grains, mainly wheat, rye, and barley.

Whiskey comes from corn, barley, wheat, or rye. In addition to the fermentation and distillation processes, whiskey includes another step- malting. Malting is soaking the grains in water until they germinate before fermenting them. Whiskey also needs to age in wooden barrels, while vodka does not need to age.

Due to the difference in the production process, vodka and whiskey result in different flavors. Vodka is usually sharper than whiskey, mainly because it isn’t left to age.

Whiskey stings and bites too, but thanks to the aging process, it acquires some refinement and elegance that makes it somewhat gentler than vodka.

There are good and bad versions of whisky and vodka, making the differences between these two spirits even more apparent. The cheaper vodka and whiskey brands are overly aggressive, with a strong alcoholic bite.

Therefore, don’t be hasty in defining vodka or whiskey-based only on a few brands, as they are not a genuine representation of the spirits.

A good whiskey is a very enjoyable spirit, just like a good vodka. There is so much more about them than just sharpness, bite, aggressiveness, and sheer alcohol.

Both vodka and whiskey can be very flavorful and very aromatic. Nevertheless, they are strong drinks and require some knowledge so you can enjoy them to the fullest.

In this article, I will explain and elaborate on the differences between vodka and whiskey. I will talk about their flavors, effects, and prices.

I will also tell you a thing or two about the hangovers you can expect to help you make an informed decision and, more importantly, help you make the most of them. 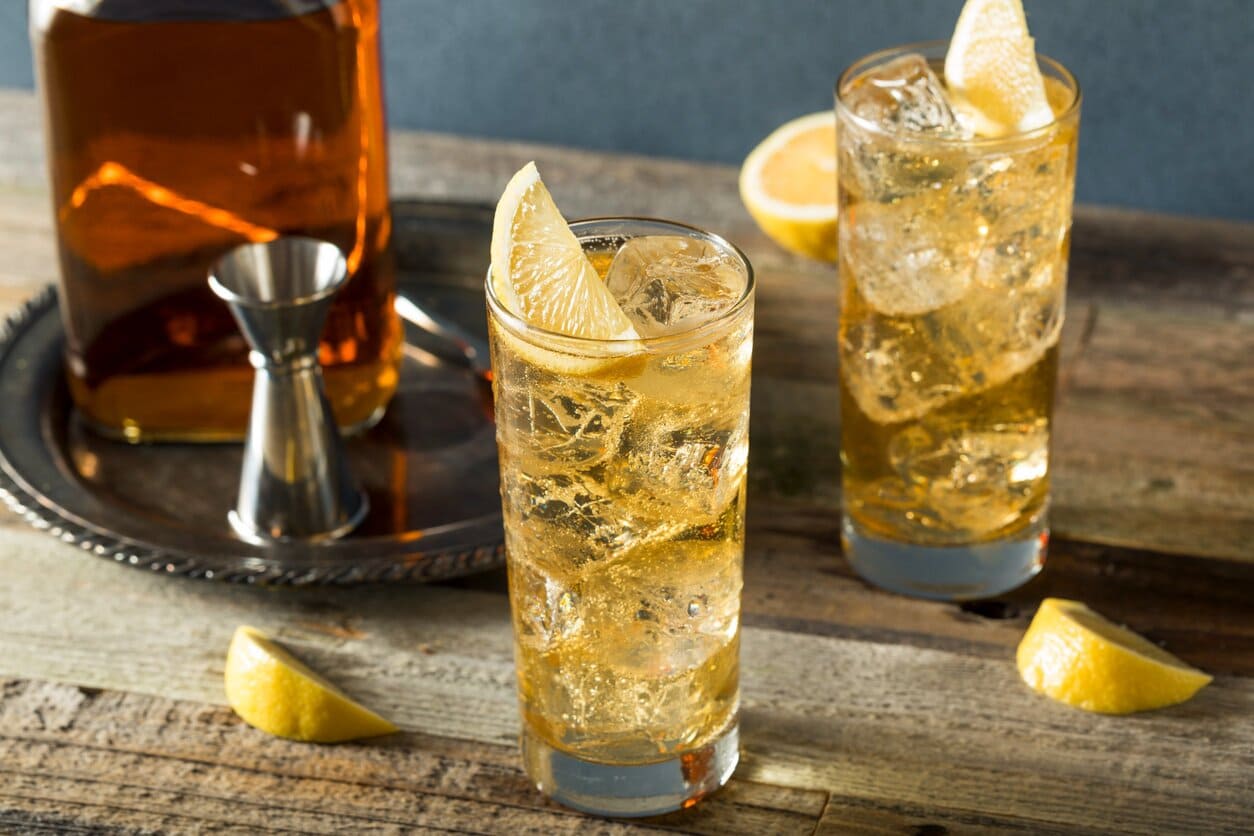 Vodka or Whiskey, Which Is Stronger?

The strength of these spirits depends on the alcohol percentage they contain. The producers are legally bound not to go over 40% of alcohol by volume. Therefore, vodka has 40% alcohol, and whiskey has from 35% to 40%.

However, the alcohol content is not the sole criterion to determine whether whiskey or vodka is stronger. Actually, this may be an unanswerable question, as they are both strong in their own way. While vodka is purer and sharper than whiskey, whiskey would give you a worse hangover.

Although flavorful and aromatic and, at least according to me, more enjoyable to drink than vodka, whiskey contains additives. It often has colorants and flavor additives, which make the spirit less pure than vodka.

In addition, vodka is distilled at least four times, making it an extremely pure spirit. As a rule, the purer the drink, the easier the hangover.

If we are discussing the strength of flavor, there are vodkas tasting more intensely than whiskey and vice versa. As for the biting and burning, vodka is definitely the winner, as it has been produced to be just that.

So, in conclusion, both vodka and whiskey are stronger in some aspects and milder in others. It depends on which aspect you compare them to, as they contain the same alcohol percentage.

What Makes Vodka Different From Whiskey?

First and foremost, vodka is different than whiskey because it uses starch and sugar-containing ingredients such as potatoes and grains. The spirit itself doesn’t contain any sugars, though.

Vodka is considered to be one of the purest alcoholic beverages, as it goes through distillation for a minimum of three times. There are vodkas distilled up to seven times, and some are distilled up to ten times.

Whiskey, on the other hand, comes from malted grains, which isn’t the case with vodka. It does contain sugar, and it isn’t as pure as the vodka since it is distilled only once.

However, whiskey is much more flavorful and aromatic than vodka, while the vodka’s signature is the sharpness and bite.

Vodka is a translucent spirit, while whiskey is mostly amber and honey-colored. Also, whiskey ages for a minimum of two years, and it is much smoother than vodka. Aging isn’t a mandatory process for vodka, which is why even the smoothest vodka, and there are some pretty smooth ones, isn’t as smooth as whiskey.

Another feature that separates vodka from whiskey is its floral and fruity notes, which aren’t that common with the whiskey. Typically, whiskey is more inclined toward vanilla flavors and aromas combined with dried fruits and smoke.

Vodka is a very straightforward spirit, while whiskey is much more complex. The viscosity of the vodka spirit is lower than that of the whiskey, and the burn is, therefore, stronger and more aggressive.

While you can slow sip most whiskeys, it doesn’t work that way with vodka. Vodka is often best when taken in the form of a shot, but nevertheless, there are vodkas that work exceptionally well for slow sipping. 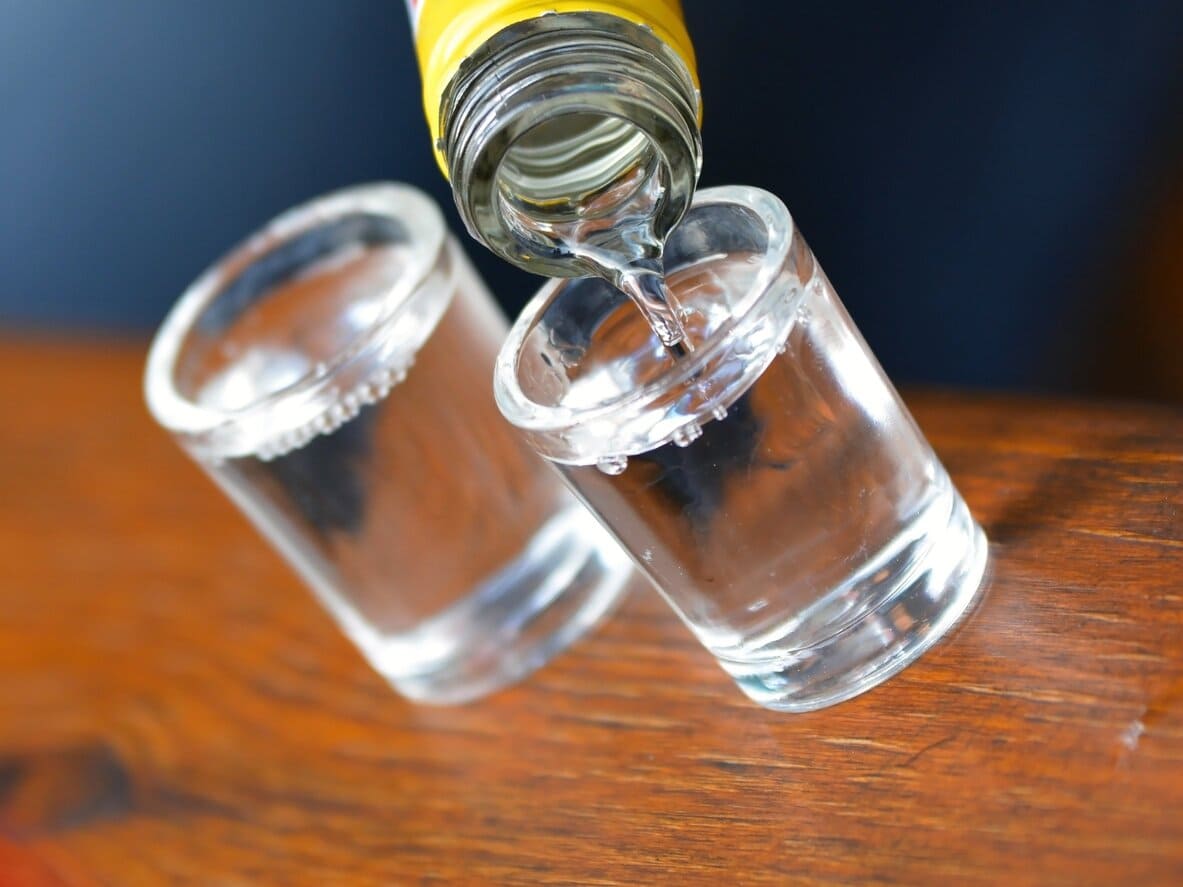 Does Vodka Affect You Differently than Whiskey?

Vodka and whiskey have very different effects on the drinker. Before I go into more detail about how each of them affects you, I must emphasize that both have a very adverse effect if you overdo them. Therefore, be careful, drink responsibly, and drink to enjoy a high-quality spirit, not to get drunk on a cheap one.

As I said, vodka is purer alcohol than whiskey. It doesn’t contain any sugars, flavoring additives, or colorants, and therefore it is regarded as chemicals-free to a great extent.

Because of its purity, vodka is considered healthy as it doesn’t encumber the liver with heavy sugars, and it doesn’t contaminate the body with chemicals.

Because of its simplicity, it is considered as a great way to disinfect the body and fight against inflammations. The vodka-induced hangover is more bearable because it is a very pure spirit, so you process it more easily.

This is not to say that you won’t feel the vodka the next day if you went overboard with it the night before, but you will handle it less painfully.

On the other hand, whiskey is distilled only once; it contains chemicals such as flavoring additives, colorants, and aromas. It is definitely not as pure and as simple as vodka is, and therefore you won’t handle it easily.

Moreover, whiskey is harder on the liver as it contains sugars and chemicals that may put your liver in overdrive to process everything.

However, in moderation and with proper hydration, neither vodka nor whiskey will cause you any damage. Therefore, always remember that you are drinking hard liquor and that you need to pace yourself. When it comes to vodka and whiskey, the rule is to go slow, go soft, and go with bottles of proven quality.

Other than having the typical alcoholic bite, vodka and whiskey have nothing else in common in terms of flavor, and even the bites are different.

On the other hand, vodka is as straightforward as it can be. Seasoned vodka enthusiasts would define some more expensive and high-quality vodka as fruity, floral, peppery, or vanilla-tasting, but you need lots of experience to train your palate to recognize those flavors.

In essence, vodka has not been made to be flavorful and aromatic, but to be, strong, intense, warming, and sanitizing. Therefore, even the most flavorful vodka is not as flavorful as the average whiskey.

However, that doesn’t make vodka any less of a spirit; just the opposite, it makes it unique and with a particular character, which does not tolerate anything else than utmost purity.

Whiskey, however, is more on the mellow side when it comes to flavors and aromas. Due to the aging process that each whiskey goes through, it naturally acquires flavors that weren’t there, to begin with. It also contains color, which can be added, as well as added sugars and flavoring ingredients.

Whiskey is of a more complex nature when it comes to flavor, which doesn’t make it the superior of the two.

Both vodka and whiskey vary in price, as they are cheaper and more expensive brands. Therefore if you find a cheap vodka and an expensive whiskey, you should check the brands and the quality of the spirits before labeling one as cheaper in general.

When we compare the price, we cannot omit the quality. However, a high-quality vodka is still a bit cheaper than whiskey of the same ranking. The reason behind this is the fact that whiskey generally takes more time due to the maturation process, which isn’t the case for the vodka spirit.

The maturation process also involves other costs, such as additional flavorings, more work, barrels, casks, etc., that increase the price of the whiskey.

Since it is one of the purest alcohols and definitely the purer of the two, vodka is the less caloric one. Although this difference is not very large, with vodka containing 230 and whiskey 250 calories per 100 ml. it is still considerable if we calculate for an entire bottle.

Vodka doesn’t contain any carbs and sugars, which makes it slightly healthier than whiskey, and you are less likely to gain weight from vodka than from whiskey. However, you would need to drink a lot from either of them for the weight to start to increase, so the calories in whiskey or vodka are not important as long as you keep the quantities on the milder side.

Vodka Vs. Whiskey Vs. Rum

Rum is made of sugar cane and whiskey from grains, and vodka was originally made from potatoes, but it is now also being made of grains.

Of the three, Rum is the sweetest, coming directly from the source. Whiskey can be sweet, but it doesn’t have to be, as it can also be sour, vanilla-flavored, fruity, or smoke-dominated. Vodka is the purest and most straightforward of the three.

Vodka has the most aggressiveness and the strongest alcoholic bite. It is also the purest one of the three. Rum, vodka, and whiskey are all long-lasting spirits, but they don’t share other similarities.

When it comes to hangovers, as easy as they may be or as lucky as we may be, it is best to just avoid them. However, they seem to be an inevitable part of alcohol consumption, so it is better to know a thing or two about what to expect the day after we had a few shots of vodka or a few glasses of whiskey.

All spirits give you hangovers, and all of the hangovers a nasty, so don’t expect to feel a 100% either way. However, vodka has been known as the gentler of the two when it comes to hangovers. It is a paradox since it is the feistier one when you drink it.

Vodka is a very pure alcohol, distilled for a minimum of three times, containing no artificial elements such as sugars, colorings, or flavorings. Therefore, you will process it more easily without straining your liver too much.

Whiskey, on the other hand, will give you a lot of grief, as it isn’t as pure as vodka. It also often contains additional substances for flavor and color that make your liver work even harder to process them all.

Therefore, even though a hangover is, by definition, something that will drain your energy, you will be better off with vodka than whiskey.