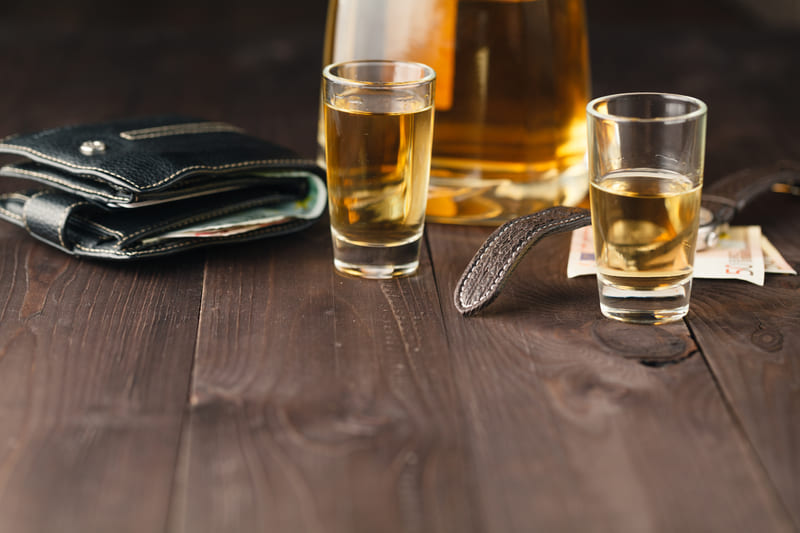 It’s made from 100% blue agave, aged for a minimum of two and a half years in oak barrels, and bottled at 40% ABV.

A post shared by Sumptuous Treats by Anna Yiu (@sumptuoustreats)

Don Julio 1942 has garnered a reputation for its smooth, full-bodied flavor and rich amber color. It’s considered one of the finest, high-quality tequilas available, and it’s priced higher than other types of tequila.

The average price of Don Julio 1942 can vary depending on the location where it’s sold, the specific retailer, availability, and the size of the bottle.

Average prices for Don Julio 1942 include:

Let’s learn more about the production, types, and prices of Don Julio’s 1942, so you can determine if it’s worth your hard-earned money.

Don Julio 1942 is a premium tequila produced by the Tequila Don Julio brand. It’s made from 100% blue agave, a succulent plant native to Mexico for making tequila.

The agave plants used to produce Don Julio 1942 are grown in the highlands of Jalisco, Mexico, where the brand’s distillery is located.

Don Julio 1942 is aged for a minimum of two and a half years in oak barrels, which gives it a smooth and complex flavor.

Don Julio 1942 is known for its amber color and rich, smooth flavor, with oak, vanilla, and caramel notes. It’s often served neat or on the rocks but can also be used as a base for cocktails.

Don Julio brand offers a range of tequila products, including the following:

This is a clear, unaged tequila that is bottled directly after distillation. It has a fresh, crisp, clean flavor with notes of agave and pepper. Don Julio Blanco is often used in cocktails like margaritas or as a base for other mixed drinks.

This tequila is aged for at least eight months in oak barrels, which gives it a golden color and a smooth, complex flavor. It has oak, vanilla, and caramel notes and is often sipped neat or on the rocks.

This tequila is aged for at least 18 months in oak barrels, which gives it a deep amber color and a rich, smooth flavor. It has notes of oak, vanilla, and caramel and is often sipped neat or on the rocks.

Don Julio Extra Anejo is the oldest and most complex type of tequila, aged for at least three years in oak barrels. It has a deep amber color and a smooth, full-bodied flavor.

In addition to these types of tequila, Don Julio also offers a range of limited edition and special-release tequila, including Don Julio 1942, Don Julio 70, and Don Julio Real.

These tequilas are made using special production methods and are aged for longer to develop unique flavors and characteristics. They’re usually released in small batches for collectors and tequila lovers.

The Production Process of Don Julio 1942

The production process for Don Julio 1942 begins with the selection of the finest blue agave plants grown in the region surrounding the distillery.

The agave plants are harvested at their peak of ripeness, and the leaves are stripped away to reveal the plant’s heart or pina. The pinas are then roasted in traditional brick ovens, giving tequila its characteristic flavor.

After the roasting process, the pinas are crushed, and the juice is extracted and fermented. The fermented juice is then distilled in small batches using traditional copper pot stills.

The resulting tequila is then aged in oak barrels for a minimum of two and a half years. The aging process imparts additional flavor to the tequila and helps smooth any rough edges.

The final product is smooth and full-bodied tequila with a complex flavor profile that includes oak, vanilla, and caramel notes. It’s often sipped neat or on the rocks but can also be used in cocktails.

The bottle of Don Julio 1942 is distinctive, with a tall, slender shape and a label featuring the image of Don Julio Gonzalez – Frausto Estrada. It’s a highly sought-after tequila and one of the finest examples of the spirit.

These variations help tequila drinkers experience the range of flavors and aromas the brand offers. In addition to its focus on quality and tradition, Don Julio is also committed to sustainability.

It also has a program in place to recycle the water used in its production process and has implemented energy-efficient technologies in its distillery.

In summary, Don Julio 1942 is a top-quality tequila perfect for those looking for a smooth, complex, and full-bodied spirit. Whether sipped neat or used in cocktails, it impresses even the most discerning tequila drinker.

Don Julio tequila is available in various sizes, and the price can vary depending on the specific product and its size.

Here is a general overview of the dimensions and approximate costs for different Don Julio products.

Keep in mind that these prices are approximate and can vary based on location, availability, and other factors.

Some specialty or limited edition Don Julio products may also be priced differently. It’s also worth noting that Don Julio tequila is a premium brand and may be priced higher than other tequila products.

However, many people believe that the quality and flavor of Don Julio tequila are worth the higher price.

Don Julio tequila is often sipped neat or on the rocks, as it’s smooth and full-bodied with a complex flavor profile.

It’s not meant to be mixed with other ingredients or served as a shooter, as this can mask the flavors and aromas of the tequila. Instead, it’s meant to be savored and appreciated for its unique taste and character.

While Don Julio tequila is often enjoyed neat or on the rocks, it can also be used in cocktails.

It’s a popular choice for margaritas, as its smooth flavor complements the acidity of the lime juice and the sweetness of the triple sec.

It can also be used in other cocktails, such as a Paloma (tequila, grapefruit juice, and lime juice) or a Tequila Sunrise (tequila, orange juice, and grenadine).

Don Julio 1942 is considered a premium tequila and is typically more expensive than other tequilas on the market.

Note that the price of a product does not necessarily reflect its quality.

There’s a wide range of high-quality tequilas at different price points. It’s ultimately up to individual consumers to decide what they’re willing to spend on a product.

A few factors may contribute to the higher price of Don Julio 1942 compared to other tequilas, such as the following:

One factor is the quality of the ingredients used to produce the tequila. Don Julio 1942 is made from 100%blue agave, a succulent plant native to Mexico.

The agave plants used to produce Don Julio 1942 are grown in the highlands of Jalisco, Mexico, where the brand’s distillery is located.

The highlands of Jalisco are known for producing some of the highest-quality agave plants, which may contribute to the overall quality and flavor of the tequila.

Another factor that may contribute to the higher price of Don Julio 1942 is the aging process. Don Julio 1942 is aged for a minimum of two and a half years in oak barrels, which gives it a smooth and complex flavor.

Aging tequila in oak barrels is a time-intensive process that requires a lot of care and attention, and this added time and effort may contribute to the product’s higher price.

Finally, the brand itself may also contribute to the higher price of Don Julio 1942.

The Tequila Don Julio brand is known for producing high-quality tequila and has a reputation for excellence, which may make consumers more willing to pay a higher price for its products.

The price of Don Julio 1942 in the USA can vary, but it’s generally considered to be a premium tequila and is typically priced higher than other tequilas on the market.

However, prices can vary significantly depending on location, store, and demand, so it’s always a good idea to check with your local retailer for the most accurate pricing information.

Don Julio 1942 is a premium brand, so you can expect to pay more for a shot of this tequila compared to other tequilas.

However, when you try Don Julio 1942, I’m pretty sure you will not order only one drink because you will be amazed by its great taste.

A bottle of 1942 costs more in the club compared to purchasing it at a retailer.

The cost for a bottle of Don Julio 1942 has increased due to the increased production costs and demand for this unique tequila.

The price depends on the country and the club where you want to purchase the tequila.

Don Julio 1942 is a luxurious and highly sought-after tequila made of 100% blue agave and aged for a minimum of two and a half years.

It’s known for its smooth, complex flavor and warm finish, making it a popular choice for sipping and mixing in cocktails.

With its high price point, it’s often considered a special occasion or celebratory drink. Whether enjoyed neat or in cocktails, Don Julio 1942 is perfect for those looking for a luxurious premium tequila experience.

If you’re a tequila fan and appreciate the craftsmanship that goes into producing it, Don Julio 1942 is definitely worth trying. Lastly, drink responsibly and never drink and drive.