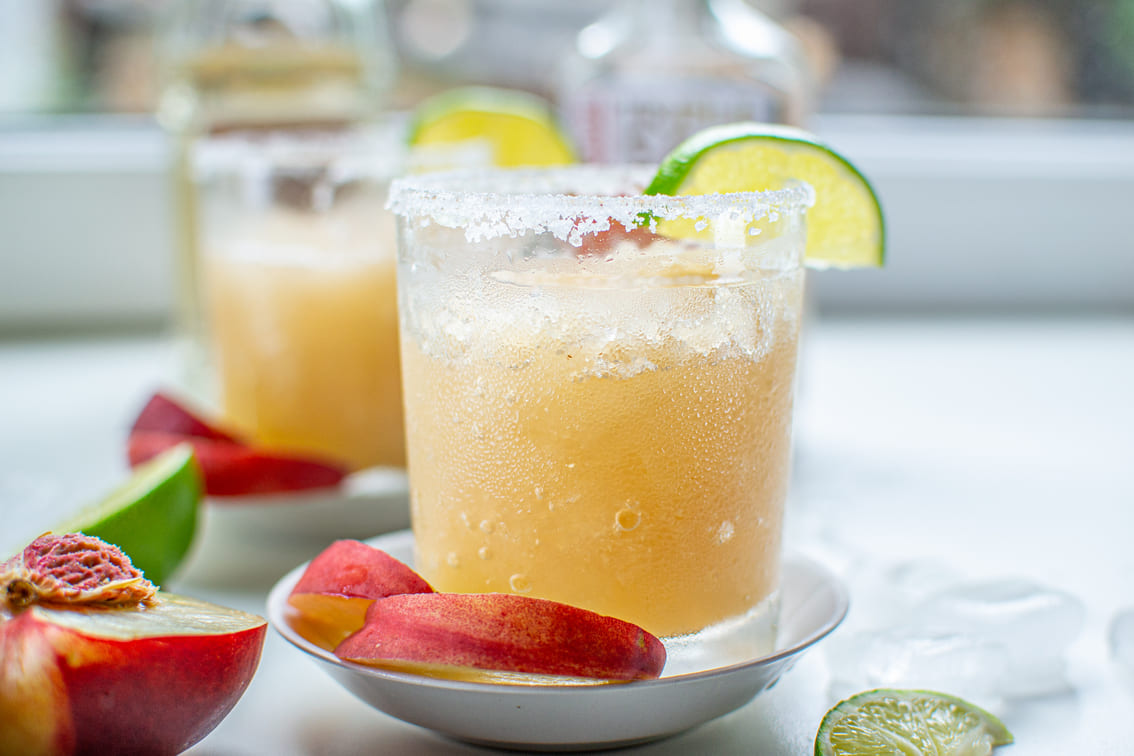 This frozen margarita recipe is extremely cold, slushy, and delicious! When it’s really hot outside and the usual cocktail doesn’t help, this frosty ice goo becomes a lifesaver.

The cocktail is based on the classic Margarita, but due to the peculiarities of preparation, it is much colder and has a thick consistency.

A frozen margarita is perfect for chilling and relaxing on very hot sunny days. A frosted glass of fragrant drink covered with frost will not leave anyone indifferent! Today we are going to review my favorite frozen margarita recipe, which is damn good! 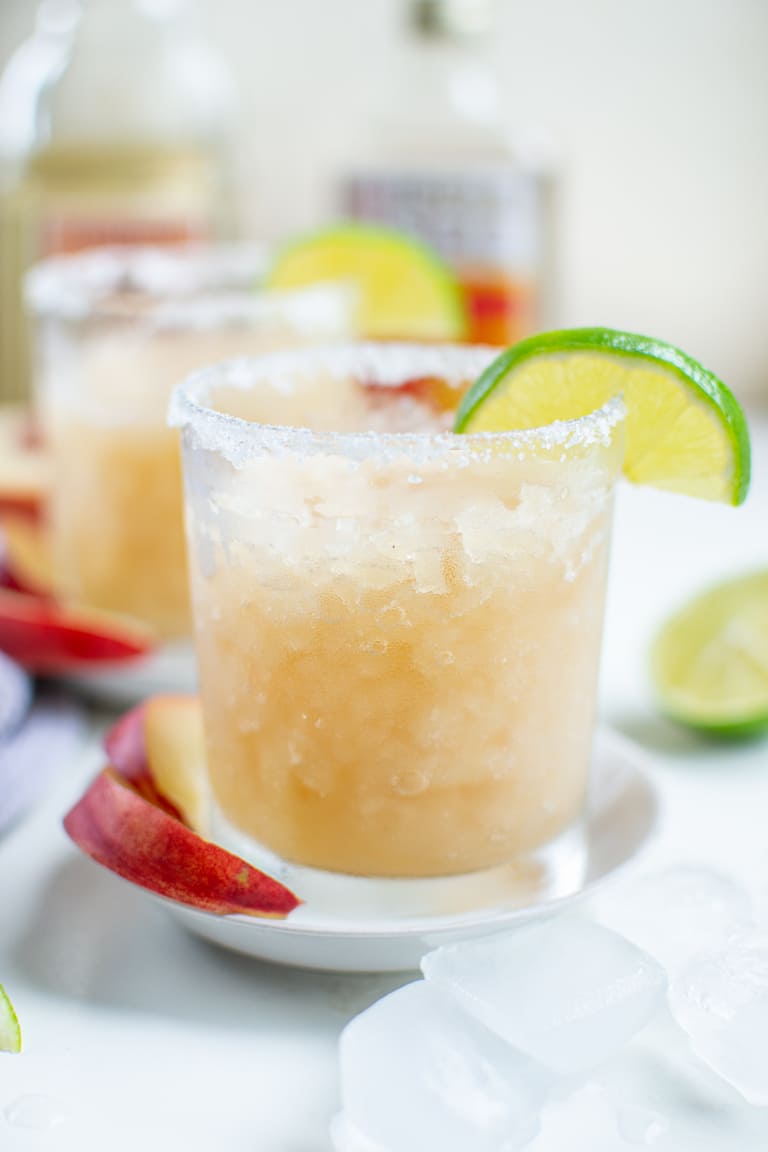 “Margarita” cocktail – an alcoholic mix based on tequila with liquor and lime juice. Included in the number of official cocktails of the International Bartenders Association (IBA), category “Contemporary classics”, previously included in the category “Pre-dinner”. By volume, a cocktail is considered a long drink.

According to statistics, this is one of the most consumed cocktails in the world. It is by far the most well-known and popular of the tequila-based cocktails, and perhaps one of the earliest such cocktails.

Due to its sour taste, it belongs to the group of sour cocktails. There are many varieties of Margarita cocktail, but tequila, lime, orange liqueur are considered the basis. 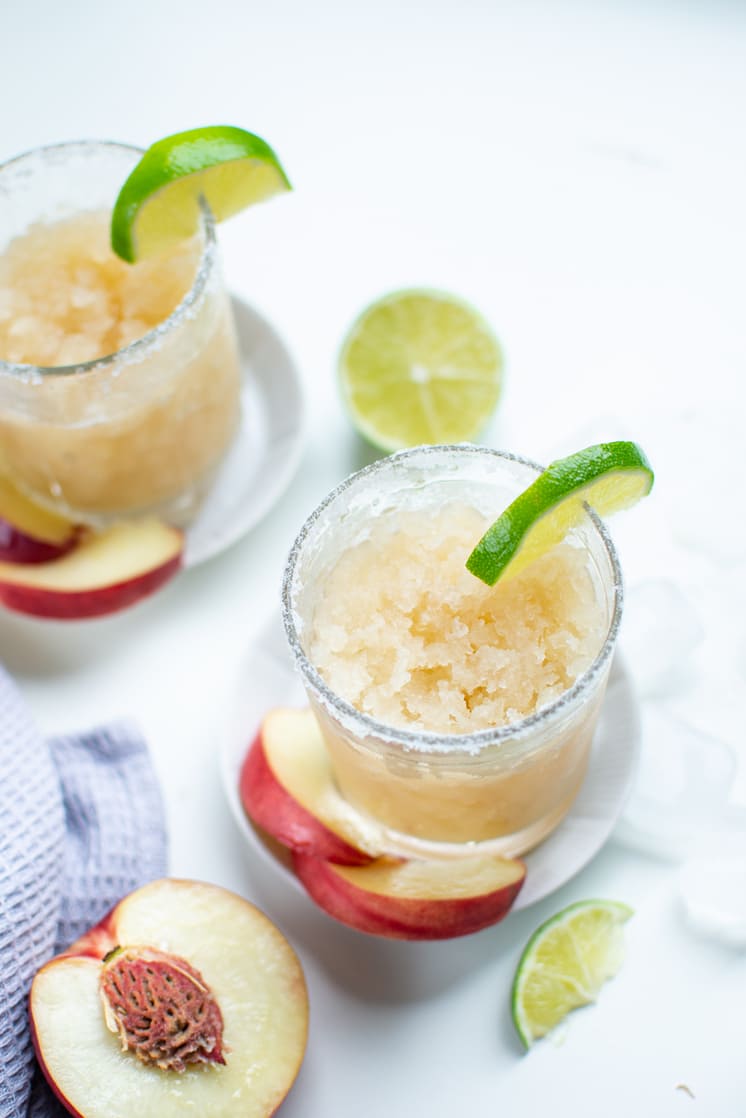 The Margarita cocktail originates from South America and is believed to have appeared between 1936-1948. There are many versions about its discovery, in almost all of them, obviously, a woman named Margarita appears. In some legends, the drink was dedicated to the beautiful Margarita, in others, a lady with that name was the author.

One of the most popular versions calls the creator of the cocktail Margarita Sames, who mixed a cocktail of tequila, French orange liqueur Cointreau and lime juice in 1948 in Acapulco at a party where Tommy Hilton, the owner of the Hilton hotel chain, liked the cocktail.

Hilton appreciated this drink and distributed this recipe in the bars and restaurants of his hotels. So the cocktail became popular. The producers of the cocktail components also did not stand aside and offered original recipes using their products.

In some parts of Mexico, a cocktail is considered traditional, which includes not citrus, but herbal liquor “Damiana”, the main component of which is the Turner’s sprawling plant – an aphrodisiac, which was often used by the Maya Indians.

Frozen margarita was served for the first time in La Jolla, when Albert Hernandez Sr. stopped using crushed ice and instead combined the ingredients in a blender in 1947. The dedicated frozen margarita machine was introduced by Mariano Martinez in Dallas in 1971. 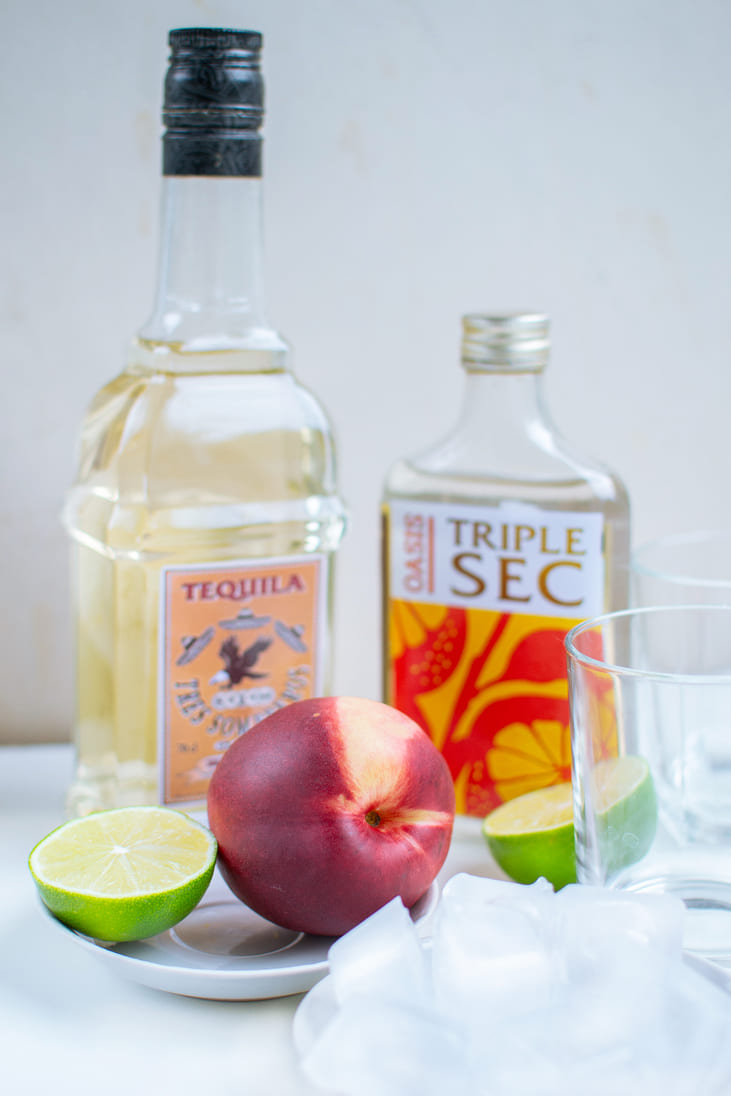 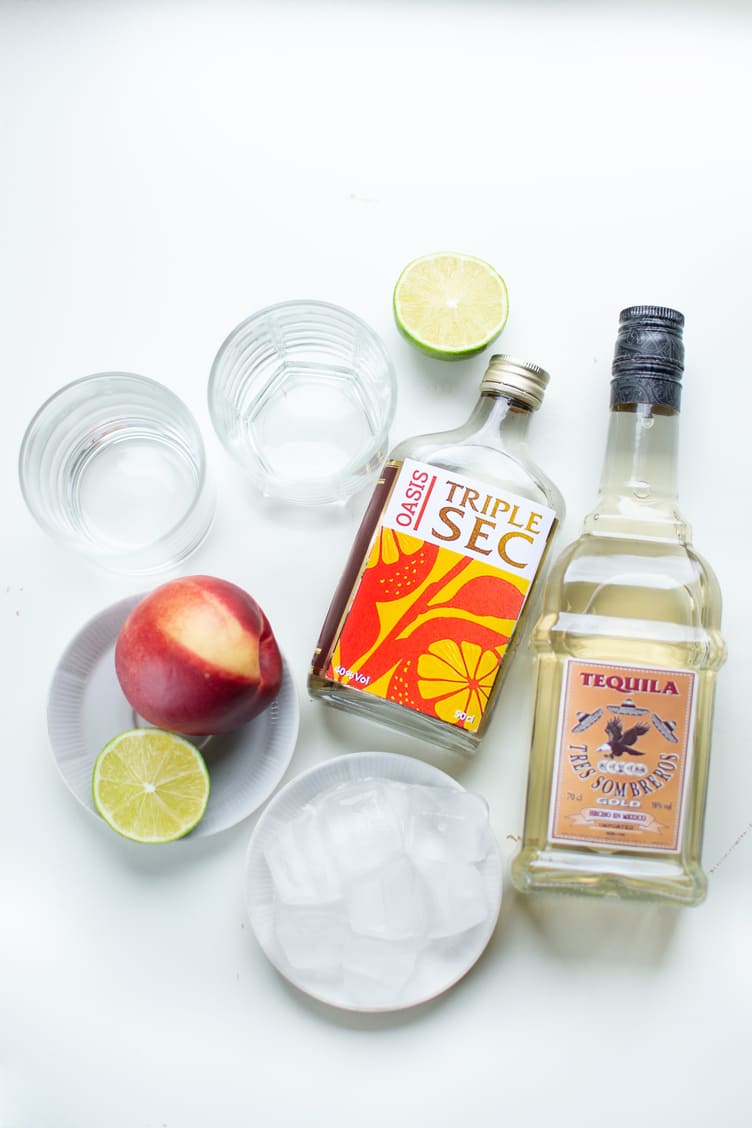 What are frozen margaritas made of?

This recipe uses tequila, triple sec, freshly squeezed lime juice, fresh peach, salt to garnish the rim of the glass, and a lime wheel on the same rim.

Alternative blends of fruits and juices can also be used in margaritas. Fruits such as mango, strawberry, banana, melon, raspberry or avocado are suitable for making this drink.

Orange juice and pomegranate juice (poured on the inside of a glass) can make a sunset margarita (so named because the orange is at the top and the red is at the bottom). Many recipes call for the addition of orange juice. These days, margaritas can be prepared in a variety of ways.

When the word “margarita” is used on its own, it usually refers to a margarita with lime or lemon juice. When other juices are used, the fruit is usually added to the name as adjectives; with the addition of lime juice or lemon juice to give it a characteristic margarita flavor. 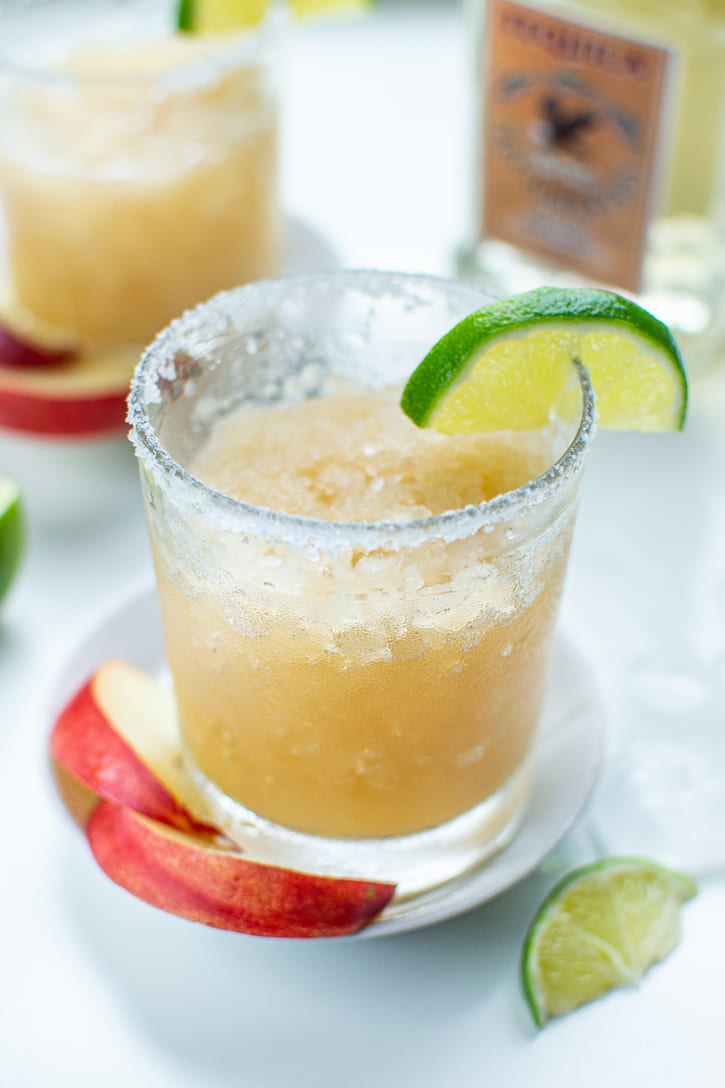 Is Triple Sec necessary for margaritas?

Everyone knows that there is a line of similar liqueurs, despite the fact that the manufacturers keep the recipe and preparation process in strict confidence and claim that it is unique, but let’s be honest, all these liqueurs are quite similar. At least if they are in the same price range.

I prefer and use triple sec. Triple sec is considered the most unsweetened among the orange liqueurs. From my point of view, margarita should not be very sweet, it is not without reason that the edge of the glass is salted and lime is used. Of course, you can use a different liqueur, and if the triple sec is not sweet enough for you, just add some simple syrup.

What is the difference between a margarita and a frozen margarita?

The components do not change, it’s all about the preparation process and the temperature of the drink itself. An ordinary Margarita is mixed in a shaker with ice, and poured into a glass over ice.

A frozen margarita is prepared in a blender, and the ice is literally chopped into small pieces. As a result, the cocktail has the consistency of wet snow and its temperature (due to the presence of alcohol) can drop below 0 degrees Celsius.

How do you make frozen margaritas thicker?

The peculiarity of a frozen Margarita is in its density, it’s true. In order for the cocktail to be thicker, the liquids must be as chilled as possible.

If you take warm tequila and triple sec, then shaking them with ice will not work, small pieces of ice will quickly dissolve and the cocktail will turn out to be just cool, liquid and diluted with water. Therefore, leave the tequila and triple sec in the freezer for a couple of hours. These are quite strong drinks, they will not turn into ice, but your cocktail will be much thicker. 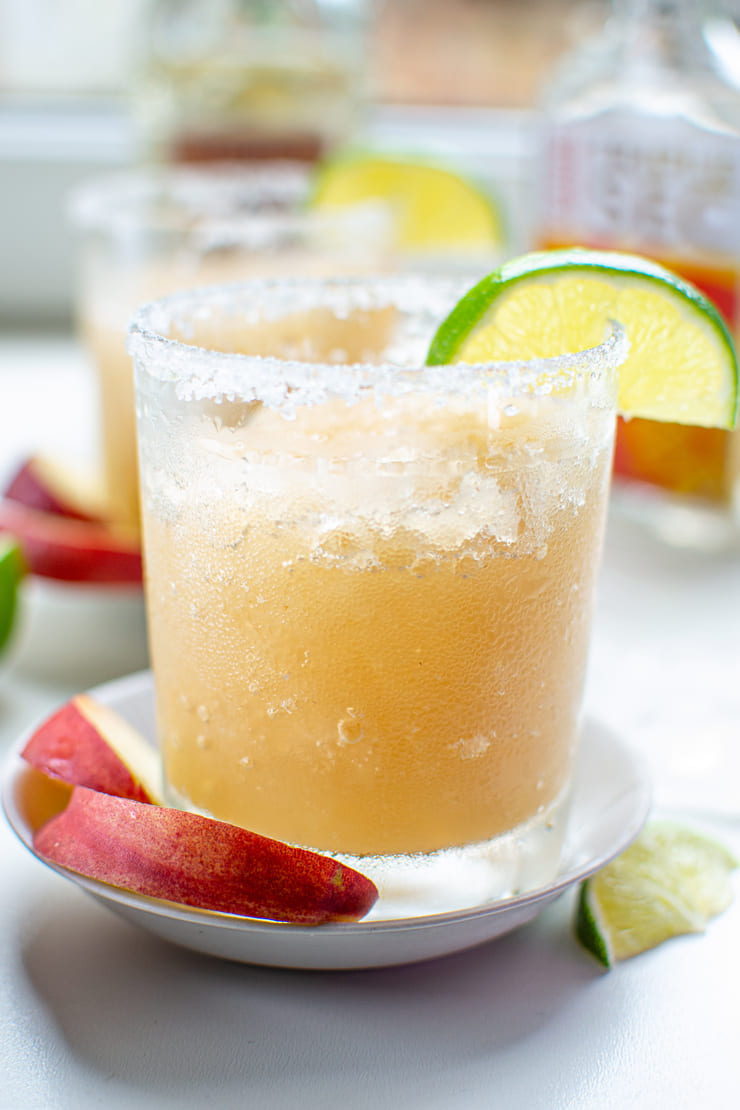 What tequila is best for frozen margaritas?

This is definitely a debatable issue and a matter of taste, but let’s figure it out. Some experts are sure that silver tequila is better, others argue that gold. Silver tequila or blanco young tequila – aged in oak for a short time, up to two months.

Golden tequila is aged longer in oak, so it has a different aroma and taste. From my point of view, the most important thing is that tequila is tequila. Look for one that says “100% de agave” or “puro de agave”. After all, agave juice is the basis of real tequila.

Brands of tequila labeled tequila mixto or oro were made from low-grade natural cane alcohol. Not only the flavor will be less complex, but it’s also likely made with artificial color. Cheap fakes and drinks based on tequila – made from alcohol, water, synthetic flavors and dye are definitely not suitable. This “tequila” will spoil any cocktail.

How do you make a frozen drink at home?