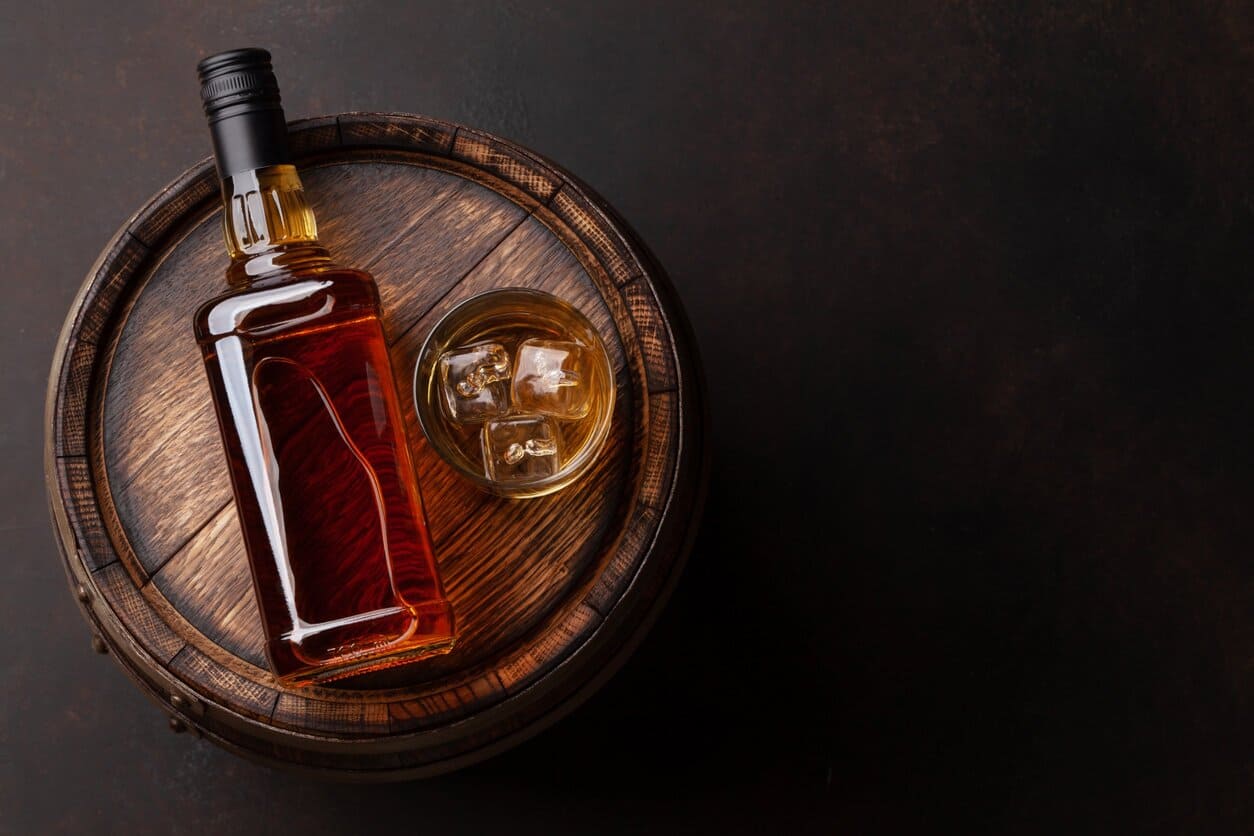 Used by the Royal Navy for grog (a mixture of rum and beer) and enjoyed by the pirates as bumbo (a mixture of rum, water, sugar, and nutmeg), rum is a spirit that has grown to have many uses and many fans worldwide.

In addition to drinking it, rum is widely used as a cooking ingredient in many sweets and savories and is globally produced, i.e., wherever there’s the production of sugar, as it is made by distilling sugarcane juice.

Naturally sweet, with a wonderfully toned burn, rum is definitely a drink for all seasons. It mixes excellent in a number of cocktails for some summer refreshment but also works for the long winter nights to warm you up.

Since it is so widely used, available, and frankly, affordable, as there is a price range for each pocket, chances are you have some lying around, and if so, you are probably wondering if it is ok to drink.

Rum is a spirit with an indefinite shelf-life if left sealed or unopened and a decades-long shelf-life if opened. Depending on the storage conditions, opened rum can last for ten or 20 years, and unopened or sealed, it can go indefinitely. However, if stored improperly, rum can lose quality.

Served neat, or on the rocks, or maybe mixed in a friendly, refreshing cocktail, rum is definitely everyone’s cup of tea, as it comes in many shapes. Not enjoying your leftover rum or leaving it to lose its magic due to inadequate storage conditions is a borderline crime.

Therefore, in the following article, I will explain how to store opened or unopened rum, how to tell if it has gone bad, and give you some advice on proper rum storage. 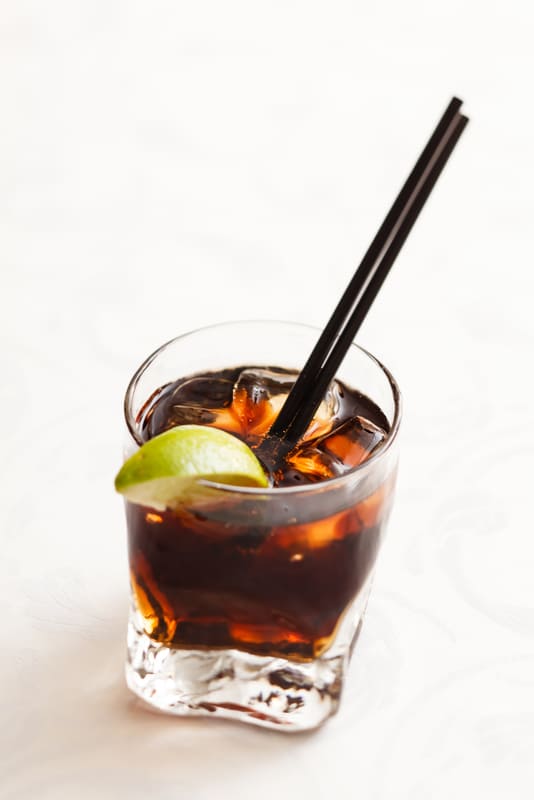 How Long Does Rum Last Opened/Unopened?

Rum is a spirit that can be kept indefinitely. You could buy a bottle of rum and drink it right away, or you can keep it for twenty years and drink it then; it will still have the same taste.

There’s a reason why rum was so popular among sailors, and it was because rum is a very low-maintenance drink with a very long shelf life. All it requires is a dark and chill room, pantry chill, not fridge chill, and it will go for a long time.

Sealed or unopened rum can last indefinitely, as there is no way for air to penetrate the bottle. Moreover, when the rum is sealed, it means that the bottle is full, with no empty space inside, so there is no air in it, which is crucial in preserving the quality of the rum.

However, if the bottle has been opened, depending on the amount of rum left inside, the period in which the rum will remain good to drink will vary, but still, the oxygenation of the rum happens in turtle steps, so you don’t have to worry about it.

The rum quantity in the bottle determines how much air is inside; the higher the rum quantity, the lower the air amount, and vice-versa. Therefore, to prolong the shelf-life of the rum, you can transfer it into a smaller bottle to reduce the amount of air. Still, you don’t have to do this unless you are absolutely certain that you won’t be drinking the rum in the next 20 years.

When the rum contains additional flavors or colorings, typical for the types of rum that are predominantly used for mixing, the shelf-life isn’t as long compared to those that don’t contain such additives.

A rum that contains added flavors and colors usually lasts about six months after opening. The flavor and color-giving ingredients in the rum start chemical reactions as the air penetrates the bottle, making it oxidize sooner, so you need to drink these types of rum faster.

Can You Keep Rum for Years?

You can definitely keep rum for years, as it is an extraordinarily durable drink. Whether opened or unopened, you can keep room for a long time, provided that you store it the right way.

To keep your opened rum from going bad, you need a dry, dark, and cool environment, so if you have a dry basement, it would be a perfect fit. Do not expose the rum to natural light as it may trigger a chemical reaction with the oxygen inside the bottle if you have already opened it.

Since the alcohol evaporates faster than the water, once you’ve opened your bottle, your rum will start to weaken, but you won’t notice any difference, as this is a process that takes insanely long until it becomes tangible; we are talking decades, literally, ten, 20 years, maybe even longer.

Unopened rum is not worth the discussion in terms of longevity of duration, as it can last indefinitely and be as good as the day it was bottled. If the seal is tight enough, and it always is, you can comfortably store it as long as you want, as it will outlive anything in your pantry.

The aforementioned goes for pure rum, but not for the artificially flavored kinds or the rum-based drinks. The additional ingredients in these products largely contribute to the spoiling process of the rum, and therefore the recommended period to keep an opened bottle of these drinks is six months. The unopened bottle would be good for a couple of years.

How Long Will Rum Last Once Open?

It takes a long time for the rum to lose quality after you open it, so feel free to keep it for many years. The trick is to store it properly and at the right temperature, as it doesn’t do well in the heat and light. However, even then, the spoiling process will take a long time until it becomes tangible, so this is practically a non-issue.

Still, it could happen for the rum to go bad if kept under unsuitable conditions, and if this happens, you should discard it as there is no enjoyment in drinking rum that smells and tastes funny.

Does Rum Age in the Bottle?

Rum does not age in the bottle, as rum isn’t a spirit that ages after it has been made. The rum ages before making it, but it is left to age as a part of the making process.

Once in the bottle, the quality of the rum is sealed, and there’s no change in it unless you store it improperly, which will cause its quality to deteriorate.

How Long Does Bacardi Rum Last?

Bacardi is one of the most famous brands of rum with the best quality. Since Bacardi rum is a high-end rum, there’s no reason for it to have a shorter shelf-life than the other types of rum.

Therefore the Bacardi rum has an indefinite duration period in a sealed bottle and decades-long durability in an opened bottle.

Does Rum Need To Be Refrigerated after Opening?

Rum is not a perishable, so you don’t need to refrigerate it to prolong its shelf-life. However, the refrigeration of the rum, although not affecting its quality, does affect the taste; therefore, some prefer drinking refrigerated rum.

Refrigeration mildens up the burn that the rum creates and tones done any aggressive flavors it may have, and this is especially true for the cheaper rum brands, as they tend to make an excessive burn and have an unnecessarily aggressive taste. The higher-end brands don’t do well when refrigerated as the complexity of the honey-toned flavors tends to diminish significantly.

How Long Does Spiced Rum Last Once Open?

Spiced rum is not technically pure rum, as the spices are added afterward, so it is considered flavored rum. Rum naturally has a nutmeg flavor, but spiced rum has a much more intense flavor of spices, which is definitely more noticeable and sets spiced rum apart from pure rum.

While pure rum can hold up nicely under conditions that are not that perfect, spiced rum needs everything to be just right so that it can survive, even unopened. It doesn’t tolerate higher temperatures and light as the pure rum does.

The spices in the spiced rum speed up the oxygenation process, especially when less than half of the rum is left in the bottle. Therefore, having a glass of spiced rum more than six months after opening the bottle is not recommendable.

Six months after opening, the spiced rum has a significantly lower quality, though it isn’t dangerous to drink. Nothing would happen to you if you drink expired rum, but you definitely won’t enjoy it. The kick is also not very good, so there’s really no point in having a glass of spiced rum, which has been open for over six months.

How To Store Rum After Opening?

Although rum is a low-maintenance and a very durable drink, there are some conditions it requires in order to remain in good shape after opening. First and foremost, the storing environment has to be cool and dark. Rum doesn’t do well under strong natural light, as well as increased temperatures.

Another important thing is to always keep the cap tight on the mouth of the bottle and use the original cap, and not another kind, as only the ridges in the cap match the ridges of the bottle.

Make sure you don’t leave a gap between the bottle mouth and the cap, as the air will slowly penetrate the bottle making the rum oxygenize and evaporate sooner.

Never store the rum with a pourer on unless you are a bartender and go through a bottle of rum in a day or two. The long-term rum storing with the pourer on will mean having a constant stream of air getting into the bottle, and it is even worse than not tightening the cap enough.

Store the rum vertically, not tilted, not horizontally, and not leaned on a supportive surface because the bottle may easily break, or the rum could spill.

To prolong the shelf-life of your rum, once there is less than half rum left in the bottle, you can transfer it into a smaller bottle to reduce the amount of air inside the bottle.

However, as I mentioned a few times before, rum is an extremely durable spirit with the chemical processes progressing at a very slow pace, and therefore, even if you don’t store the rum perfectly, it is likely to be ok.

In addition, refrigeration does not help prolong the shelf-life of the rum, as it doesn’t affect the chemical structure of the rum, but just the taste.

How To Tell if Rum Is Bad?

Rum doesn’t go bad, per se, but it does lose quality over time if improperly stored. Luckily, these changes happen very slowly, so chances are, you will have finished your bottle of rum long before they even start.

Rum does show signs of spoilage, and the first of them is usually the color. It usually goes a shade or two lighter, and it keeps on discoloring. Although it isn’t translucent, rum is a clear drink, and you can easily notice if the color gets blurry. If this happens, discard the rum immediately, as it means that the quality has become very poor.

Another signal that your rum isn’t good anymore is the smell. It will still smell like rum, but you will notice a certain foul whiff which is not inviting at all.

And lastly, the taste, though you probably won’t be drinking a blurry, foul-smelling rum, but if you do, you will feel a tingly sensation and a slightly sour and tangy dimension. Nothing will happen to you, as rum isn’t perishable, but it won’t offer you any enjoyment.