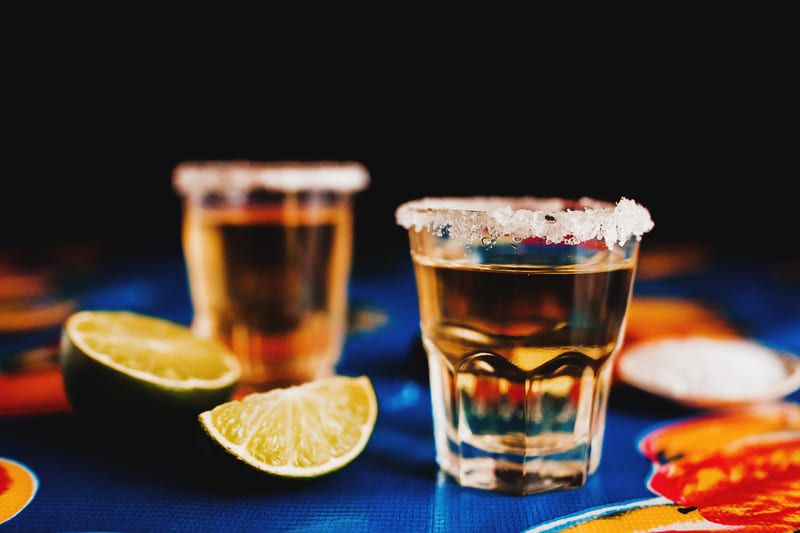 Reposado tequila is a type of tequila that is left to mature for up to a year. The name “reposado” means “rested.” This resting process makes the tequila smoother and more flavorful.

The resting process mainly takes place in oak barrels, so a good reposado tequila has a slight oak note and mildly smoky tones. While the tequila blanco or tequila silver is meant mainly for shots, the reposado variety is also suitable for slow sipping.

Clase Azul Tequila Reposado is a genuine depiction of Mexican culture and tradition. It is of exceptionally high quality and made with 100% blue weber agave, which makes it very flavorful, with understated but noticeable sweet notes and a smooth peppery finish. It is regarded as an ultra-premium tequila and is definitely worth a try.

You know you are drinking tequila, but from time to time, you are surprised by the whiskey notes. Clase Azul Tequila Reposado ages for eight months in American whiskey casks.

This means that the casks have already been used for whiskey aging, so they already contain the whiskey essence. This whiskey essence rubs off onto the tequila, giving it a genuinely unique dimension.

These notes include hazelnut and vanilla flavors and make the finish indescribably smooth.

Judging from the description, you can quickly think that this high-end tequila is hard to find, but luckily you would be wrong, as you can quickly get ahold of it at Costco.

In addition to Costco, you can also find this tequila in online liquor shops, but for a slightly higher price.

Costco sells Clase Azul reposado tequila; however, the price varies depending on the store location, the sales tax in the particular state, and the liter tax.

As you probably already know, Costco is the largest retail store of alcoholic beverages in the US; however, Clase Azul reposado is not sold in all Costco warehouses. Tequila is a spirit, so it is a bit more specific in terms of the legal regulation concerning spirits in a particular state.

In this article, I will explain a few things about Clase Azul reposado tequila, as well as where to find it.

Is Clase Azul at Costco?

Generally, yes, Clase Azul is at Costco, but it isn’t as clear-cut as you might think. Clase Azul is a spirit, and as far as Costco is concerned, it is an imported spirit, so in addition to the legal framework for spirits in force in the state in question, their other regulations concerning imported spirits.

You can find Clase Azul at Costco in some states but not in all of them.

As of September 28, 2022, Costco has 839 Warehouses worldwide, but not all of them offer Clase Azul reposado to their members. Clase Azul reposado is available in Costco, Pennsylvania, Washington State, Texas, as well as San Francisco, which are some of the states you can get it from.

Is Clase Azul Worth The Money?

Yes, Clase Azul is definitely worth the money. Starting from the bottle, which says it all from the get-go, with its blue and white decorations, ending with the lingering aftertaste, Clase Azul is one of the best tequilas money can buy.

A bottle of this delicacy will set you back about $250, but if you can afford it, you absolutely must try it. Clase Azul reposado tequila is a truly unique beverage made with utmost diligence and impeccable craftsmanship.

Made with 100% blue weber agave from the Jalisco region. Every step of its production is meticulously made with the utmost attention. From the roasting of the agave pines to the bottling, the Clase Azul tequila has elegance written all over it.

After distillation, the reposado variety ages for eight months in old American whiskey casks. During this time, it acquires the whiskey essence, which makes this tequila one of the most exquisite spirits on the market, in general, not only in the tequila department.

The reposado variety is sweet, smooth, and fruity, with noticeable chocolate, agave, and citrus notes. It is very aromatic, with slight vanilla tones and, of course, the recognizable agave aroma typical for the higher-shelf tequilas.

Clase Azul also has the anejo and extra anejo varieties, as well as the jewel of the Clase Azul assortment, the Ultra Extra Anejo, which ages for five years.

The making process that starts with the growing of the agave and ends with the bottling makes this tequila brand one of the best on the market and absolutely worth the price. There are many sipping tequilas advertised as such, but this one is truly a slow sipper; you can enjoy slowly savoring every ounce of flavor.

How Much Is A Shot Of Clase Azul Reposado Tequila?

A shot of Clase Azul reposado tequila costs about $30. However, this price can differ depending on the place serving it. Although a shot has a standard size, it doesn’t have a standard price.

In any case, calculating the price of a tequila in shots will definitely give you a higher price than per bottle, so the place serving it profits anyway. The only thing is how fancy the place serving Clase Azul reposado is.

Since they are serving this exquisite tequila, chances are we are talking about a fancy bar, so prepare to pay a good price if you plan on doing Clase Azul reposado tequila shots.

As I said, the average price is about $30, but this amount can go as high as $50. It won’t get much lower, though, and the cheapest you will find a shot of Clase Azul reposado tequila is about $25.

Why Is Clase Azul So Expensive?

In addition to being exceptionally delicious and of excellent quality, the Clase Azul tequila brand also makes limited edition tequilas that are even more expensive than the regular varieties.

These limited editions are intended for collectors who are willing and able to pay a lot, and I mean a lot, for a limited edition Clase Azul which also drives the price of the regular assortment higher.

Also, Clase Azul tequila is intended for genuine tequila enthusiasts who appreciate excellent tequila and can pay for it.

Therefore, Clase Azul tequila isn’t what you would describe as people’s tequila, but it is a very elegant spirit intended for a certain type of audience.

Their motto is that they sell quality and not quantity, so they don’t mass produce their product but pack it in small elegant packages, much like an expensive perfume.

Clase Azul Tequila Where To Buy

In addition to being available to buy in online shops and some Costco warehouses, there is a network of distributors available on the official Classe Azul website.

It is available in North and South America, as well as Europe, through their authorized dealerships.

Clase Azul tequila is not available in all Costo warehouses, and the price differs from warehouse to warehouse, depending on the state it is in.

The same goes for other tequilas too. Since tequila needs to be made in Mexico so that it can be a tequila, it is an imported drink in most of the Costco warehouses, meaning that it is subject to the legal requirements in force in the concerned state.

A Clase Azul reposado 750ml bottle at Costco costs roughly $169.99, but there are Costco warehouses that charge about 20% more due to additional taxes.