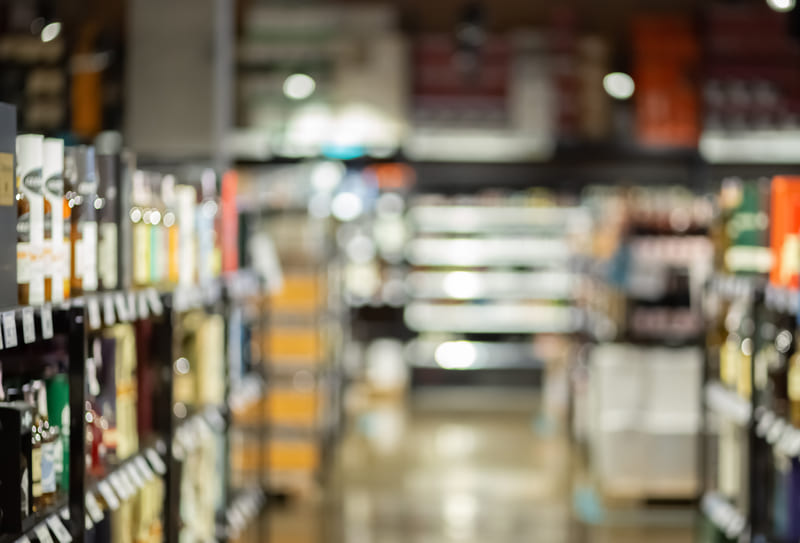 Blanton’s Bourbon is a whiskey brand that is very difficult to find. If you want to purchase it directly from the Buffalo Trace Distillery, you can do that, but every customer is limited to one purchase every three months.

You can only buy up to one bottle too, and you get your Blanton’s bourbon bottle if they have it in stock because this is challenging too.

But you will be glad to know you have higher chances of purchasing this type of Bourbon at Costco. Keep reading to find out all you need to know about this rare whiskey and how you can get a bottle!

Can you buy Blanton’s at Costco?

Costco sells Blanton’s Bourbon in most of the stores of this famous chain. You can find this type of whiskey at your local Costco without wandering all over town for it or placing orders online.

And the best news is that Costco sells Blanton’s Bourbon for MSRP price, which is the Manufacturer Suggested Retail Price. This is the best price for any product, not only Blaton’s Bourbon.

But note that Costco also has a golden rule regarding selling this whiskey. This rule says that customers can only purchase one bottle of Blanton’s Bourbon daily.

And if you are counting on getting one bottle today and another tomorrow, think again. Because the odds of finding Blanton’s Bourbon two days in a row at the same Costco store are slim, this type of whiskey flies off the shelves quickly.

Not all Costco stores sell Blaton’s Bourbon, so there is also a risk of not finding it. On the other hand, Costco stores might sell this whiskey for an even better price tag, such as $46.99 per 750ml at the Costco San Leandro, California.

Also, 200 Costco stores from 11 states can deliver your order right to your door through Instacart. You can get your order delivered if you live in North Carolina, Missouri, Florida, Massachusetts, Illinois, Idaho, California, Hawaii, Nebraska, Washington DC, Minessota, or Ohio.

We have to mention that Costco extended to a global market as well. In November 2022, this chain reached the performance of having 842 warehouses all over the world, of which 579 are in Puerto Rico and the United States.

Another 107 stores are in Canada, 31 in Japan, 40 in Mexico, 29 in the UK, 14 in Taiwan, 18 in Korea, four in Spain, 13 in Australia, and two in China and France. The chain promises an even more significant extension in the years to come to other countries as well.

How much should you pay for Blanton’s?

Blanton’s Bourbon has the best price at Costco, around $49.99. If you have the luck to find Blanton’s Bourbon at other liquor stores, you will be shocked to notice that it sells for about $80 a bottle and even more than that.

On online liquor stores, you can even find a bottle of Balton’s Bourbon of 750 ml for $130.

No matter how much you like this whiskey, it isn’t easy to justify spending more than $50 on a bottle.

But if you are determined to get a bottle, or you want to impress one of your friends with such an exquisite gift, and you don’t mind the extra price, you can get it at the Buffalo Trace Distillery’s Gift Shop. Remember that the bottles at this gift shop are usually sold out.

Why is Blanton’s so hard to find?

Blanton’s Bourbon is not rare due to some complex marketing strategies. The reasons for that are pretty explainable.

Blanton’s Single Barrel Bourbon bottles are more difficult to find than other types of whiskey as the demand for this product is high, and the production needs to catch up with it.

So, in the past couple of years, Blanton’s Bourbon became even more difficult to find due to global circumstances.

What the Buffalo Trace Distillery says

The distillery that produces this type of Bourbon said that they increased the production since 2013, but they still need to produce more to satisfy the request.

Customers want to collect this type of whiskey as it is so difficult to find and an impressive addition to their collection. This increased the market value of the whiskey and the market demand.

“Despite an increase in distillation over the past few years, demand for Blanton’s is outpacing supply. We are making more Bourbon every day.

While we wait, there may be times when Blanton’s Single Barrel bottles are missing from store shelves. We kindly ask our fans to remember aging good Bourbon takes time, and we’re doing our best to keep up.

Due to existing law, we cannot sell Blanton’s directly to consumers.”, declared the distillery’ representatives.

On the other hand, Blanton’s Bourbon is so rare due to its single-barrel production. Single barrel bourbon is also known as single cask bourbon and is a premium, pure type of Bourbon.

Unlike regular Bourbon, made by blending different kinds of whiskey from different casks, the single barrel whiskey is matured in one cask.

This production method increases its quality and offers it a better flavor profile. The single barrel offers this whiskey a specific taste and aroma, which makes it distinctive among other whiskeys.

Due to these unique qualities, single-barrel whiskeys, like Blanton’s Bourbon, are more popular and tend to come at a higher price tag than other whiskeys.

As a product, bottles of Blanton’s Bourbon are impressive in their aesthetics, which adds to their collectible value.

Besides the elegant design of the bottle, consumers will find a “dump date” inscribed in a handwritten font that tells them when the barrel was emptied.

This detail is not typical regarding whiskey bottles and adds to the class and value of Blanton’s Bourbon. The “dump date” inscription makes this whiskey perfect for celebrating weddings or other anniversaries.

The stoppers representing a horse and a jokey on top of the bottle lid are iconic for Blanton’s brand. Kentucky is known for its horse tradition, and this whiskey brand had the inspiration to honor that through its impressive stoppers collection.

The collection contains eight different stoppers, and it was launched in 1999. each stopper features a jokey on a horse in different racing positions.

Also, each stopper has a mark representing one letter of the brand’s name, Blanton’s, and they spell the complete name together. The S stopper also shows the jokey on the horse winning the race.

This stopper collection increased the popularity of Blanton’s whiskey as many customers wanted to have all the stoppers. Therefore, they only think twice before purchasing the whiskey bottles that have them.

Certain states in the US have Liquor Control Boards. These boards regulate the production and distribution of alcohol within the state.

It is no surprise when the rules and regulations imposed by the State Liquor Control Board are even stricter than the Federal regulations. These restrictive regulations can make whiskey from single-barrel production, such as Blanton’s Bourbon, easier to find.

Blanton’s Bourbon where to buy

If you purchase the Blanton’s Bourbon straight from the Buffalo Trace Distillery’s Gift Shop, know that the distillery’s representatives will scan the buyers’ driver’s licenses.

This helps the distillery track who bought the Bourbon and applied the policy that says one customer can purchase one bottle of Bourbon every 90 days.

Besides Costco and the Buffalo Trace Distillery’s Gift Shop, you can also find a bottle of Blanton’s Bourbon online, even if the odds are that it would be overpriced.

The most popular online stores that sell this whiskey are Drizly and TotalWine.

If you want to check out the famous Amazon to purchase a bottle of Blanton’s Bourbon, know that it is impossible to find it. But you will find some accessories stamped by Buffalo Trace Distillery’s Gift Shop that will serve you original whiskey accessories.

As for other physical stores besides Costco, chances are that you will not find Blanton’s Bourbon in their selection. But it is still worth a try and odds are that you might end up finding other single-barrel whiskeys, if you are willing to settle for a second-best option.

What is Blanton’s Bourbon

Blanton’s Bourbon is a single-barrel whiskey that is marketed and produced by the Sazerac Company, but Age International inc owns the brand.

However, Sazerac Company has distilling rights over this type of whiskey. Blanton’s Bourbon is distilled at the Buffalo Trace Distillery in Frankfurt, Kentucky.

Kentucky is known as the bourbon state since it produces over 95% of the bourbon world’s supply. And Blanton’s Bourbon follows and respects all the traditional production methods that bring the best and most famous Bourbon on the market.

Blanton’s Bourbon started its journey in 1984 as an exquisite, single-barrel whiskey. The brand got its name after the name of Colonel Albert B. Blanton, who ran the distillery until 1952.

He used to bottle one barrel of Bourbon at a time and used to call these ballers the “honey barrels.” The legacy of Colonel Albert B. Blanton was carried on by the master distiller, Elmer T. Lee, who created the Single Barrel Blanton’s Bourbon.

Blanton’s Bourbon has one of the most exquisite tastes of all bourbons. Its flavor profile is sweet and enriched with flavors of oak and a mild citrus taste.

Besides these main notes, you will also taste clove, spices and vanilla, and a caramel taste that gives the Bourbon an even more inviting flavor.

The aroma of Blanton’s Bourbon is also vibrant. One can smell sweet notes and spicy scents that make this alcoholic beverage hard to resist.

A mild combination of vanilla and butterscotch is also present in the aroma profile of the drink. As for the spices, you will also be able to identify cinnamon and nutmeg notes.

This single-barrel Bourbon comes at an ABV of 46.5%, which puts it into the category of alcoholic drinks with significant alcohol content. Most types of Bourbon come at an ABV of 40% on average, and Blanton’s Bourbon tops this level, offering consumers an even more intense satisfaction.

How to serve Blanton’s Bourbon best

It might come as no surprise that this exquisite Bourbon tastes best neat or on the rocks. You can add it to different cocktails as well, and be sure that it will enrich every type of drink.

But considering its intense and premium flavor and aroma, it would be a waste to mix it with other ingredients. Adding some ice cubes to your glass of Blanton’s Bourbon will be ideal for diluting its alcohol content a bit without altering its overall taste.

Blanton’s Bourbon remains one of the whiskeys any collector wants to have in its bar. And considering how difficult it is to get one of these bottles, Costco might help you save the day.

Just note that it is difficult to purchase it even at Costco due to their limited stocks. But if you don’t mind spending more, you can find this whiskey online.

Either way, if you get a bottle of Blanton’s Bourbon, consider yourself lucky and savor every drop!

Remember to try this type of whiskey plain, before adding it to any type of cocktail. It has a delicious flavor that you will find very satisfying as it is, without the need of mixing it with different drinks.