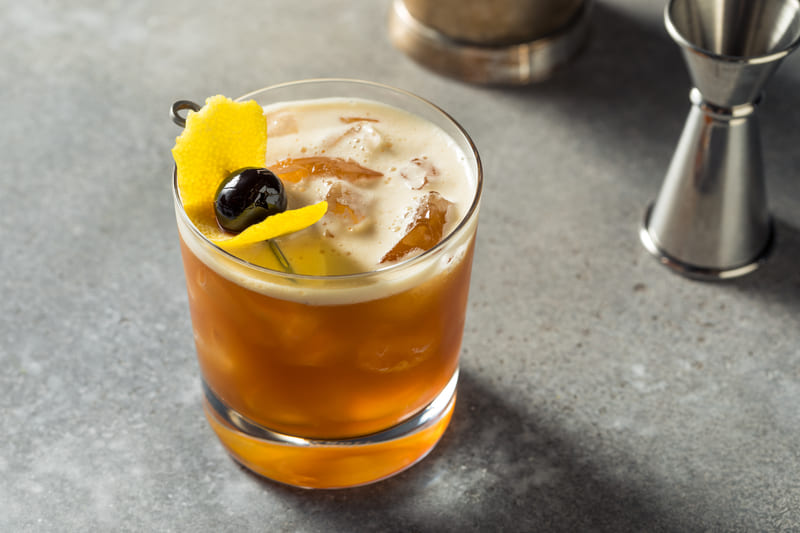 The name, “Amaro Nonino”, itself sounds like quite an exquisite brand. Have you ever been curious about it or tried to imagine what it tastes like? It is an Italian liqueur that is a kind of luxury in itself.

Your interest in cocktails may be what brought you here. Amaro Nonino is a pricey Italian liqueur with a taste that is a little bit bitter. It is extremely difficult to find it in stores, in addition to being pricey.

Why is it so hyped up then? Is it deserving the attention? Or is it possible to find a replacement for this drink?

What Is Amaro Nonino?

Obtained from various herbs, Amaro Nonino is an Italian liqueur that is all-natural and hence bitter yet sweet to taste. It is made of aged grappa and is infused with herbs with no added sweeteners.

Amaro Nonino is an exclusive drink that cannot be found in every store. Even if you find it, it is quite expensive and hence people look for substitutes for it.

Here are the 10 best substitutes you might find similar to Amaro Nonino, all a little less expensive. 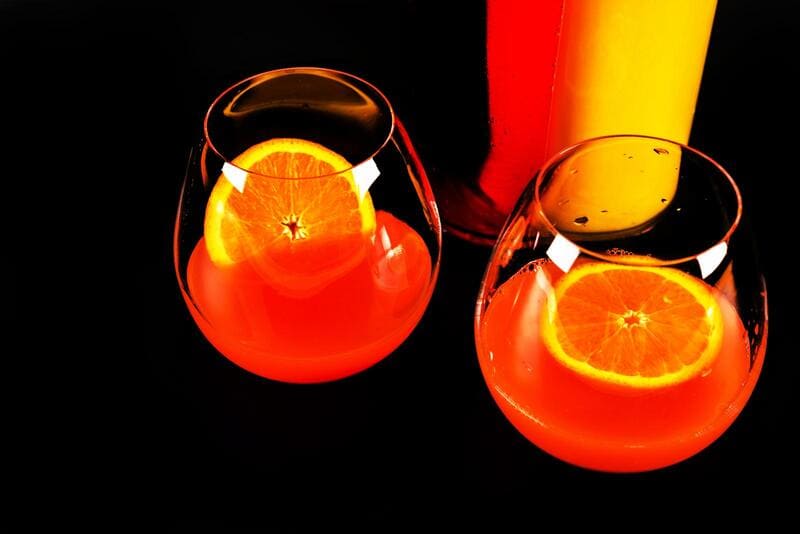 This substitute for Amaro Nonino tastes almost similar to it due to the bitter-sweet flavor. It is made using various herbs, with the main ingredient being artichoke. The alcohol content is less in this substitute with about 17% ABV.

It is best to have it with a mix of cocktails like in Spritz, or even better on the rocks! If you want to use it in your cocktails, there are many drinks you can make.

One such drink is Cynar Negroni and it’s everyone’s favorite. All you need is a spirit drink, usually, gin, with Cynar and a sweet Vermouth topped off with a lemon piece. Negroni is usually made in a 1-1-1 ratio with all these 3 ingredients.

If you’re wanting a Cynar Spritz, you can use the same drinks but in a ratio of 3-2-1, with 3 parts being gin, 2 parts of Cynar, and 1 part of soda instead of a sweetener.

A post shared by The House of Angostura UK (@angosturauk)

Angostura Bitters, as the name says, tastes more bitter with cloves in it and is a perfect substitute for Amaro Nonino. It is highly popular for cocktails and mixing drinks.

Having a high percentage of alcohol of about 45%, this drink can get you high with just a few sips. As it is a highly concentrated liqueur, make sure to dilute it before drinking! This makes a suitable drink without having to spend much as you just need a few drops to make your drink.

While there is no particular ratio to this, you can quite experiment with the flavors of bitters and alcohols. It is used in most of the classic cocktails like The Manhattan to spice it up! This goes perfectly well if you add this bitter to a few ounces of gin, especially pink gin.

It can also be mixed with vodka to get a unique and strong taste of bitterness, added with a few drops of red wine. Not just that, it is added to soft drinks as well to make a fun cocktail or a mocktail with a pinch of lemon on top. 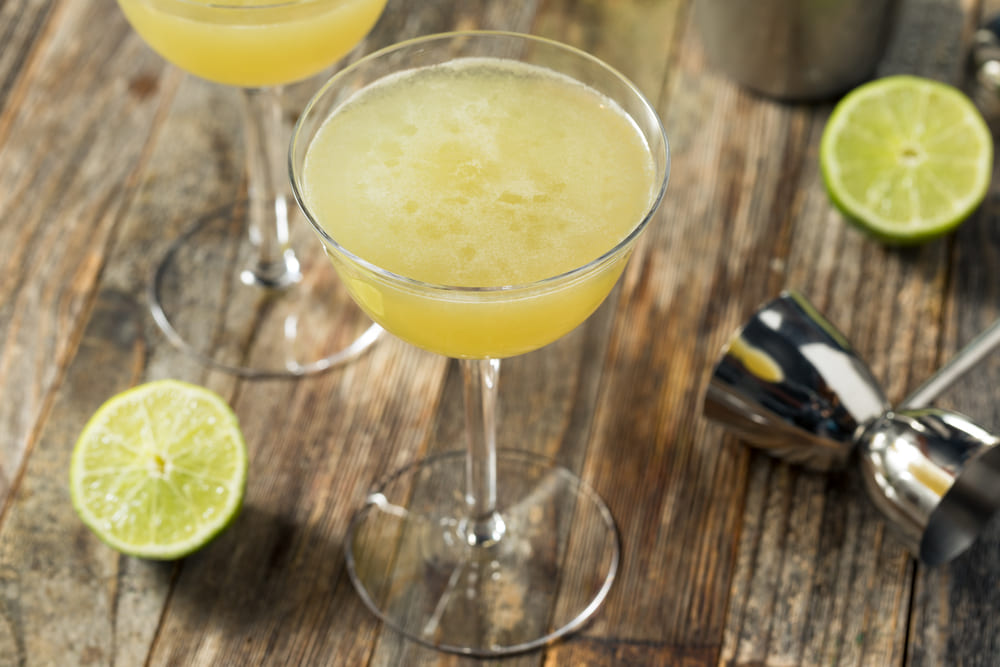 A French liqueur, closely resembling this Italian drink ‘Amaro Nonino’, is Chartreuse. It is always the go-to drink that is the substitute for Amaro Nonino with a little more bittered flavor.

Chartreuse gives a flavorful taste with all the herbs and spices in it. It contains a higher percentage of Alcohol By Volume of 55%. With more of a spicy flavor, this drink hits your tongue with a delightful taste.

It is mostly used in cocktails to give a different flavor to the drink. The best ratio to use this is 1:4 with 1 ounce of Chartreuse and 4 ounces of champagne. For the cocktail mix, you can try out your own special mixes.

It is also an Italian liqueur that has a bitter-sweet taste with most of the similar herbs used in it. It contains 29% ABV in it.

You can use Averna in place of whiskey for some cocktails, making it a light yet intense drink. It can also be used with Vermouth to give a milder taste topped with spices and mint. The authentic spritz ratio of 3-2-1 can make the best cocktail drink using 3 ounces of wine, 2 ounces of Amaro Averna, and 1 ounce of soda with ice and lemon on top.

Another best substitute, especially without alcohol, is Chinotto. It is a special drink that tastes exactly like Amaro Nonino with its bitter-sweet taste. It is best used when you are making any mocktails that don’t have any alcohol and can be consumed by children as well.

This can just be added to any lime juice with some sugar and water and you are good to go. Apart from that, this drink can be stored in normal jars and is best for the summers!

Being made of 15 various ingredients, Tosolini is another Amaro, that is similar to Amaro Nonino. It is also an Italian herbal liqueur that has a rich flavor of herbs and citrus as it is made from orange and wormwood.

This drink contains 30% of ABV which makes it a perfect substitute for Amaro Nonino with all the spicy and bitter flavors.

Like most of the Amaros, this can be served with chilled ice on the rocks as an aperitif. You can mix it with cocktails as well to get a tangy cocktail. The best ratio for this is to have 2 ounces of whiskey, mixed with an ounce of Tosolini and a little bit of bitter with a cherry on top!

One of the oldest Italian liqueurs is Ramazzotti, which is also an Amaro. It can be another best substitute as it is also made of various types of herbs and orange peels, giving it a bitter-sweet flavor.

It contains 30% of Alcohol By Volume and is of thick consistency. There are various flavor accords for this apart from bitter. It can be floral, spicy, or even Mediterranean. The classic way of serving Ramazzotti is to add it to a glass with a few ice cubes and garnish it with a spice of ginger.

Another substitute for Amaro Nonino, Gammel Dansk has a wide variety of flavors and is not just bitter. This drink is also made using almost 30 kinds of herbs making it akin to Amaro Nonino.

Having its origin in Denmark, it is the most popular drink after meals and hence the digestif. This gives an amazing punch of bitterness and sweetness from the fruits used.

This is the best substitute as it gives out a similar color to the drink as well. It goes best with whiskey as the spirit in making your Spritz cocktail. The spiciness from the cinnamon and citrus flavors of the oranges makes your drink special.

Another Italian liqueur that has a bitter, as well as a sweet taste, is Montenegro. The taste comes from the citrus and various herbs used in the drink. This is best to make a unique tasting cocktail that can give your tongue a punch of citrus flavor. It contains about 23% of alcohol.

To get a perfect drink made from Montenegro, you just need 2 shots of your favorite spirit (that can be whiskey, vodka, or rum). To that, you can add a three-fourth ounce of Montenegro, in place of any sweeteners, and voila, you’ve just made yourself a perfect drink! Add a stash of lemon to get a tangy flavor to your drink. 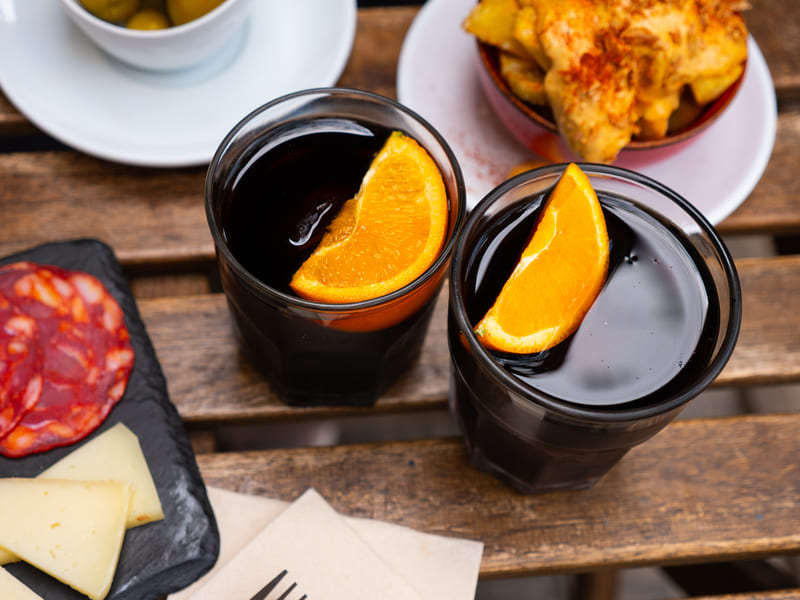 Although not a perfect substitute for Amaro Nonino, it is a wine that tastes a bit similar to it but a little more sweeter. Made from herbs, spices, and flower seeds, it produces a similar flavor that can be an alternative when you don’t have Amaro Nonino.

Just like any Italian food, this Italian liqueur has a flavor that cannot be found in any drink. The use of herbs, spices, and other citrus ingredients, along with around 30% of Alcohol By Volume (ABV), makes it a unique experience to taste.

Amaro means bitter and hence all the Amaro drinks taste bitter. But what’s special about Amaro Nonino is that it has a bit of sweet and citrus flavor along with the bitterness. This makes it a favorable drink and hence is quite expensive.

Is Amaro Similar To Campari?

Though they can also be used in place of each other, they are not similar due to the fact that Amaro consists of a lot of herbs and sweet syrup. While Campari is made of herbs as well as some fruits that give the sweet flavor.

Both Amaro and Campari are from the family of Amaris, meaning bitter, and also have an intense flavor along with being expensive. They both can be used in your drinks to form a variety in the drink, giving it a touch of uniqueness, and hence are not totally similar to each other.

Another major difference between them is the ABV (Alcohol By Volume) content in both of these. Campari is a little mild with around 25% ABV, while Amaro is intense with a higher ABV of around 40%.

Is Amaro Similar To Aperol?

Aperol is also a kind of Amaro, but slightly less bitter than it. Aperol contains more orange flavor which makes it more feasible to drink without feeling the bitter taste.

It is most popular as used in Aperol Spritz, a kind of cocktail. Amaro has a stronger base than Aperol and is highly intense. Though Aperol matches the flavor of Amaro and the color, it is a little mild with lesser ABV content.

This has a more fruity and sweet taste when compared to Amaro which is highly bitter. Amaro can be used in the Aperol Spritz cocktail as an alternative, making it stronger.