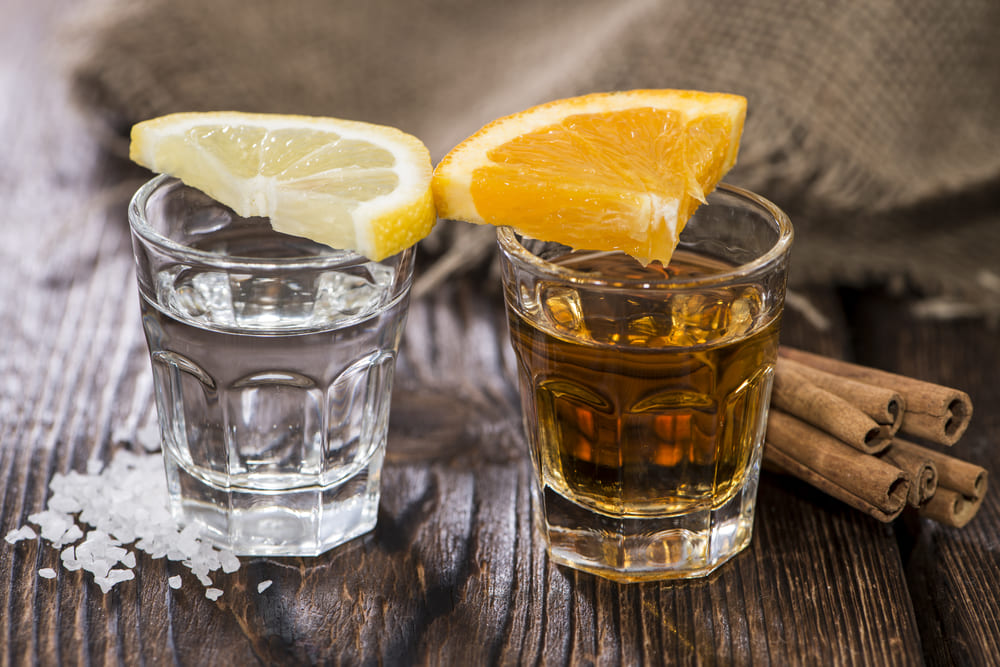 The 818 tequila brand is very new on the market, being present for merely two years. Launched at the beginning of 2021, it had reached a whooping number of sold cases, i.e., 130,000 in only seven short months after it was initially launched.

This rapid growth and skyrocketing of the 818 tequila are believed to result from the exceptionally well-crafted marketing campaign.

Back when 818 tequila was launched, social media were overflowing with advertisements for it. Moreover, there has been a very exclusive launching party, with the hottest of the hottest celebrities.

Soon after, the word got spread, and the 818 tequila cases started selling at an incredible speed. However, the brand has faced some criticism for being all glitter and no substance, and that the only thing that made 818 tequila was the fact that it is Kendal Jenner’s brand.

Considering that Kendal Jenner is part of the Kardashian-Jenner clan and a supermodel, she is obviously well-connected in the business world.

These connections she had were the sole base for the speculations to begin. However, what doesn’t add up is the fact that the 818 tequila is genuinely a good tequila.

Therefore, the criticism the brand faced likely stems from nothing more than evil tongues trying to get ahead by putting the brand down.

There has also been a legal case that the 818 tequila brand copied the logo of 515 tequila. However, the lawsuit was settled, and Kendal didn’t change the logo of her brand.

The name 818 is actually the area code of Calabasas, which is Kendal’s hometown and is in the San Fernando Valley of Los Angeles.

Since 818 tequila seems to be the fast-rising star in the tequila department, in this article, I will tell you more about the brand in terms of sizes, prices, quality, and taste. So keep on reading to find out more about this tequila.

What is very interesting about the 818 tequila and a true testament to its quality is the fact that it entered a tequila competition, anonymously and before even being launched as an official brand, and won.

No one knew what brand it was or who the founder was, and yet the spirit got the first prize for being the best among its competitors. Some would say that the other brands were that bad, but the prevailing opinion is that 818 tequila was that good.

Now, there is always room for suspicion, as this competition was proven only by a list posted by Kendal Jenner on social media.

However, the description was very detailed and well-supported by suitable documentation. So, the question of whether or not this competition really took place remains open.

The competition happened before the tequila was launched and was bottled in bottles without labels, so the judges had no idea what they were tasting.

The brand produces the three tequila varieties, i.e., blanco, reposado, and añejo, and all have acquired awards at very verifiable competitions. Therefore even if the pre-release competition was fictional, the rest of them weren’t.

The brand won World Tequila Awards, the SIP Awards, the MacroLiquor Spirit Awards, and the Ultimate Spirits Challenge, and the añejo variety of 818 tequila won the Chairman’s Trophy. So, as you have probably guessed by now, the 818 tequila is definitely a good one.

The brand is generally oriented toward popularity, so they do the usual stuff to raise their profile, such as cultural programs, environmental protection efforts, and similar.

Considering that the brand doesn’t have a long history, on the contrary, it has existed for almost two years; there hasn’t been enough time for it to develop a tradition or a style people will know it by.

However, the brand seems to be on the right track in building its reputation. Moreover, it became a partner with Saving Agave for Culture, Recreation, Education, and Development or S.A.C.R.E.D. The aim of this partnership was to support the reduction of agave waste.

After the distillation, there is a lot of agave waste left. This does not only pollute the environment, but it is a perfectly recyclable material that can be put to better use.

The 818 tequila has signed up for this program, and now after they distill the tequila, they turn the agave waste into bricks by combining it with soil.

These bricks are later used in construction. This activity was an absolute slam dunk for the brand because they got the admiration of the local population.

The inclusion in this program has made a lot of points for the brand as the 818 is a “gringo” tequila, which is essentially a brand owned by a non-Mexican. Therefore, investing in the well-being of the environment they situated the business was a very smart move.

Also, the 818 tequila brand is currently working on converting a part of agave growing fields into an agricultural land. This means that in addition to agave, the fields will become favorable for growing agricultural products which would improve the local economy.

Since it is making a name as an environmentally conscious brand, the 818 tequila has, what they call, an environmentally sustainable business model. This means that while they exploit natural resources, they take great care not to exhaust them.

Therefore, they use renewable sources such as biomass and solar energy to run the distillery and minimize its carbon footprint. They also donate 1% of each sale to non-profit organizations dedicated to reducing pollution and saving the environment.

Even though it is still in its infancy, the brand has no intention of slowing down. On the contrary, they gallop to the top since the very conception.

Shortly ago, they even launched a new variety. Therefore, in addition to having the three tequila varieties, blanco, reposado, and anejo, now the brand also features a new release, i.e., Eight Reserve.

This variety is a combination of the anejo and extra anejo variety, and it is said to be an equal opponent to many renowned tequilas of its category. This tequila ages between 1 and 8 years in American and French oak barrels and is best described as liquid velvet gold.

You can find the Eight Reserve to buy in New York, California, and Florida. Texas, Nevada, and Illinois are still waiting for the release of Eight Reserve, so it is expected to be available there soon as well.

However, despite of the efforts of the brand to contribute to the Mexican culture and benefit the environment, still, the situation hasn’t always been very favorable for the 818 tequila brand.

Since the brand has a massive social media presence, it is expected to get more than a few negative comments. Namely, the brand was unfairly and unnecessarily accused of cultural appropriation.

It wasn’t anything formal as to cause legal proceedings, but nevertheless, it was undoubtedly a try to diminish its reputation.

Mainly the negative comments were directed toward exploiting Mexican culture, land, and workforce for profits. Nevertheless, they didn’t actually harm the brand, as there was no sign of dropped sales during this time.

The 818 tequila came fully prepared on the market, which is the main reason for its success. No matter how well the marketing strategy works and regardless of the social activities, at the end of the day, what people want is a good product.

Since day one, the brand has been making the three main types of tequila, i.e., the blanco, reposado, and anejo varieties. A short time ago, it also released a hybrid of the anejo and extra anejo type.

The blanco variety is surprisingly flavorful and gentler compared to other tequilas blanco. It has expressive tasting notes of sweet agave and vanilla all the way through.

Mid-palate, the agave and vanilla tones are further enhanced with discrete but noticeable notes of tropical and citrus fruit. The fruity flavors aren’t that expressive and play more of a supportive role.

The aroma includes lemongrass, and chamomile, enveloped in an overall refreshing dimension, creating a crisp and fresh sensation on the nose. The finish is smooth, fresh, and long, rounding out the sip.

The reposado variety is basically the blanco rested for a minimum of two months in American oak barrels. On the nose, it exhibits vanilla, honey, and fruit notes. The palate is rich with detailed notes of roasted agave, caramel, and vanilla. The finish has intense caramel tones mixed with pecan pie flavors.

After one year of aging in oak barrels, the reposado variety becomes anejo. It is a very seductive and rich spirit with a pungent aroma of caramel, nuts, orange peel, and chocolate.

It continues to the mid-palate with notes of vanilla, sweet agave, and herbal flavors. The finish is very long, smooth, and impeccably rich.

The agaves need to reach peak maturity in order to be harvested and roasted to make the tequila. The overall process takes approximately seven years, from the planting to the harvesting.

The maturing is the next step that occurs in oak barrels for all varieties of 818 tequila. Depending on how long this process takes, the varieties are blanco, reposado, and anejo, each bearing its own individual markings, as well as the features of the variety in general.

The biggest competitor of 818 tequila is the 512 tequila brand. Both brands are pretty similar, and they even had a court encounter due to the allegations that 818 ripped off the label of 512.

In the end, the dispute was settled, whereby neither 818 nor 512 had to change their labels.

However, in addition to 512 tequila, the 818 tequila brand has some other serious competition. Tequila is a spirit made and enjoyed for a long time. So, on the market, there are some serious big boys this brand has to face.

Considering that there are brands with incomparably longer traditions already rooted in the market and in people’s hearts, the 818 is a freshman that has yet to prove its worth.

Among Teremana, Casamigos, Don Julio, Classe Azul, El Jimador, and countless others, 818 tequila has some very serious competitors it has to prove to.

Mike Novy is the CEO of 818 tequila. He has over 25 years of experience in the spirit industry. This isn’t the first time he has been in a head position, as he was the Vice President of Marketing and Sales at E&J Gallo, National Sales Manager at Constellation Spirits, and President at Tequila Casa Dragones.

Kendal Jenner, the supermodel and a part of the reality TV show Keeping up with the Kardashians, is the founder and owner of the brand.

Does 818 Tequila Have Alcohol?

Yes, 818 has alcohol. In general, tequila is a spirit, and it has to have alcohol in order to be tequila; otherwise, it would be a different beverage. The alcohol percentage in 818 tequila is 40%.