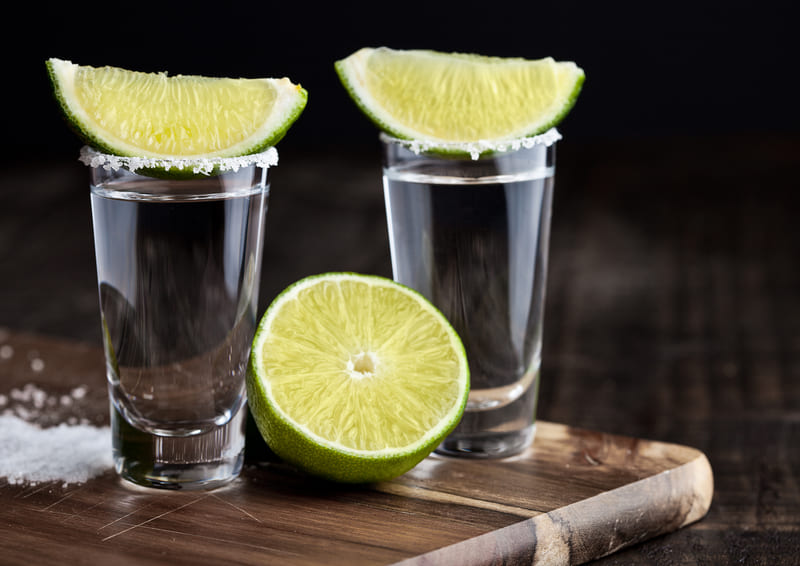 Both tequilas gringo, both high-quality spirits, both distilled in the same distillery, and both very popular at the moment, the 512 and 818 tequilas are pretty different from one another and worthy of their spotlight.

Even though neither of them has a long-lasting tradition, both of them have managed to skyrocket their way to stardom, becoming two of the most popular tequilas worldwide. So, what are the differences between 512 and 818 tequila?

Even though they seem similar, with similar labels and numbers in their names, these two tequilas differ in many vital aspects. Many regard them as having the same spirit since they are from the same distillery.

However, the sheer fact they are distilled at the same place does not, in any way, make these two tequilas the same drink. They have a different history, making processes, flavors, aromas, as well as prices.

In this article, I will describe and compare the 512 and 818 tequilas, so you can choose the one that is best for you.

The 512 tequila was created and is owned by Scot Willis, who is a Texas native residing in Austin. He created the recipe for his tequila, and subsequently, he launched the brand in 2012. In the ten short years of its existence, this tequila has become increasingly popular and the no.1 choice for parties and social gatherings.

The slam dunk move of its creator is making it an excellent base for cocktails, as well as a great zinger as a cocktail ingredient.

The 818 tequila is owned by the model and reality TV star Kendal Jenner, and it has existed for a little over a year. However, this tequila has managed to collect six awards for quality and became popular in a blink.

There have been speculations made by experienced tequila drinkers as well as acquaintances of the Jenner-Kardashian family that Kendal couldn’t have created the recipe and that someone else’s labor stands behind the 818 tequila.

However, no official statement has been made about these allegations, so, as far as the world is concerned, 818 tequila is Kendal Jenner’s passion project.

Although neither of these tequilas has been on the market for too long, they both have become very popular and justifiably so, as they are both of excellent quality and taste and are very decently priced.

Moreover, since both tequilas emerged in the digital age, the advertising and marketing champagnes were out of this world for both. They flooded social media with posts and info about the products.

Both tequilas, 512 and 818, are distilled in the same distillery, but they don’t use the same making process. Both are 100% agave, which is a big plus for both spirits, and both brands are known to be directly involved in the selection process of the agave and water used to make the tequilas.

512 tequila is made using blue agave from the central lowlands in Jalisco, Mexico. It uses volcanic spring water for distillation. The brand follows the traditional Mexican way of cooking the agave in hrono stone ovens and a roller maceration for juice extraction.

After the agave has been roasted, it is fermented and distilled three times in a pot still. In the end, the spirit undergoes a 24-hour charcoal filtration before it is left to mature.

The charcoal filtration makes the drink even purer, significantly increasing its quality. The purer the tequila is, the better it ages, and the better it drinks.

On the other hand, 818 uses 7-year-old agaves for the tequila, which the distillery cooks for 40 hours. This 40-hour cooking process is considered slow, and therefore the agaves release more juices. The 818 tequila is also made in the traditional Mexican tequila-making way, using stone ovens.

For the 818 tequila, the distillery uses large stone tahonas to extract the juice. The juice is then fermented for 70 hours, which also falls under the slow fermentation category. It is then distilled twice before starting the aging process.

Both tequila brands, the 512 and 818, make the three main tequila types, the blanco, reposado, and anejo tequilas.

The 512 blanco is bottled right after distillation, while the reposado ages for six months in wooden barrels, and the anejo rests for over 12 months.

The 818 also has the three tequila types, but it does things slightly differently. Instead of bottling the blanco right after distillation, they let it rest in oak barrels for about a month. As a result, the 818 blanco has vanilla notes and is slightly smoother than the 512 tequila blanco.

The 818 tequila reposado ages for about two months in American oak barrels, while the anejo tequila ages for over a year.

During their maturation processes, the tequilas acquire the tasting notes and the consistencies that many love. They are both highly aromatic, seducing you from the get-go. They have a very distinctive tasting and aroma features, showing once more that these are two separate and unique tequila brands.

Before getting into detail about the taste of these tequilas, I must stress that they are both of excellent quality, but they do have their individual traits.

Therefore if you don’t like one of them and like the other one better, it isn’t because the tequila is bad, but because your preference is leaned toward a different flavor.

They are both very flavorful and very aromatic, making each sip an exquisite experience.

In general, the 512 blanco is the sharpest one as it doesn’t age but is bottled right after distillation. It has a certain aggressiveness to it, which is why many opt to use it for shots and cocktails instead of slow sipping.

However, it is very seductive on the nose with fresh citrus and floral aromas. The alcohol flavor is the most dominant in the 512 blanco variety, but mid-palate, you can also feel notes of sweet agave and vanilla.

The 512 reposado has expressive aromas of caramel, sweet agave, vanilla, and white pepper. The smells overlap each other, and you can feel them all at the same time.

As you start sipping, you will be first greeted by the vanilla and alcohol notes. As you go further, mid-palate await you the notes of sweet agave, caramel, orange peel, mint, fruit, and citrus.

In the end, you will be rewarded with a smooth finish with slight peppery notes but sweet overall. The aftertaste is intense and refreshing and remains on your breath for a while.

The 512 anejo variety has everything that the reposado has but doubled. It is more of everything. The depth of taste is absolutely phenomenal, and you can feel all of the tasting notes even more.

The 512 anejo is best served neat and for slow sipping. It also makes excellent cocktails, but it would be a shame not to feel it in its full glory.

The main flavor difference between the 512 and 818 tequilas is the freshness that dominates in the 818, while the 512 is dominated by sweetness.

The 818 tequila blanco ages for about a month in wooden barrels, where it gets an extra vanilla flavor. It also has an expressive floral dimension and lemongrass notes, especially the mid palate. It also has slight chamomile tones, rounded up by the peppery finish.

The 818 reposado variety tastes like tropical and citrus fruits, taking you further with sweet agave tones, deepening the flavors with caramel, and finishing with a smooth finish tasting like herbs, leaving a delightful aftertaste.

The 181 anejo tequila greets the nose with lemongrass, caramel, and orange peel aromas. It pulls you in with herbal notes and citrus freshness.

Mid-palate, it gets deep and velvety with intense notes of caramel and vanilla, ending with a smooth, crisp, and almond-flavored finish, leaving you with a warm burn and delicious aftertaste.

Considering the high quality of both tequila brands, the prices are very reasonable, which is why they are so popular. They offer great value for the price, are very available, and are reasonably affordable.

The prices for both brands range from $35 to $70. Of course, these prices may be higher depending on where you live as well as the shipment costs to your location.

Nevertheless, the sheer tequila price is pretty reasonable, if not even low, considering the value it delivers.

Except for both being tequila and both being distilled in the same distillery, 512 and 818 tequilas have very little in common. Both brands make the three main tequila types, but the bottles are very different.

While the 512 tequila has a very particular sweetness, which is what makes it recognizable, the 818 is more refreshing with natural herbal tones.

They are both made following the traditional Mexican tequila-making process, i.e., roasting the agave in stone ovens; however, the distilling and maturation create the main differences between these tequila brands.

The 512 blanco isn’t left to rest, but instead, it is bottled right after distilling. On the other hand, the 818 blanco rests for about a month, and as a result, it tastes expressively like vanilla.

The 512 and 818 reposado tequilas rest for about six months, but they taste different due to the barrels they age in. The 512 ages in oak barrels, while the 818 ages in American oak barrels. As a result, the 512 reposado is sweeter, and the 818 is fresher.

The anejo varieties of both tequila brands age for over a year and result in very deep flavors. They both have very smooth finishes and are complex and very exploratory. Both tequilas are of excellent quality and offer great value for the prices.

512 and 818 tequilas are not only industry rivals, but they also had a closer encounter. The managerial team of 512 stated that 818 copied their label. Namely, 818 tequila does indeed have a Texas-style label with numbers as its name, just like the 512.

However, no material evidence has been presented to prove that this is true, and the 818 tequila is still on the safe side as an original brand.